It all started with a simple ledge in the summer of 2007. A couple of enthusiasts wanted to build their own spot in the sleepy town of Hanover and set a cornerstone for something that got much bigger than just housing a couple of grinds. The ledge quickly grew into this huge DIY park, which gained attention under the name of “2er” and had the honor to host the first ever “Builders Jam”. This turned into DIY skatepark building projects in India and Bolivia, eventually coming to be the NGO Make Life Skate Life. Simultaneously, the skatepark design and construction company Yamato Living Ramps was founded, which now builds professional skateparks all over Germany. 2er itself became a place that’s about much more than skateboarding since it provides a platform for the most diverse creative projects to unfold. In addition, they annually have the (by now legendary) “2er on Fire” festival, which will take place for two full weeks for the parks tenth anniversary. We met Max Beckmann in advance, who, among many others, is a driving force behind 2er.

How did everything start at the 2er?

There was this spot consisting of three separate ledges in a Transworld video which was built by a couple of guys on some wasteland and I just thought that it would be really sick to have something like that. I came to Hanover for an internship and got to know a bunch of the guys through skating. One evening, we hung out together and talked about it and then we just said, “We’re gonna go to the DIY store tomorrow!” Lorenz [Groth] already discovered a suitable, abandoned spot and then we laid the bricks for the first ledge. That wasn’t the end of the story though and we hung out there every day for one week straight and continued building with enthusiasm. Towards the end of 2007, all the ramps and surrounding trees were leveled by some company and we thought that they’re gonna build something there. But after nothing happened for a year, we started with new obstacles. And Robin Höning as well as Christian Lüneberg joined. Lüne was a journeyman bricklayer and had a bunch of experience in that field and Robin brought a lot of commitment. With them on board, it was a touch-and-go landing and the first big ramps were built. In 2009, the vision of building a bowl popped up, which at the end took us one year to realize.

And the city or the owners never complained?

At first, they didn’t even know about it. Eventually, we approached the corporation owning the premises after it was clear that we wanted to build the bowl and continue the whole thing in the long run. The city supported us during the whole process. We now have a usage agreement, for which we had to found the registered association and take out an insurance policy. At the moment, we could still be kicked out within a cancelation period of six months, but we’re working on making it a done deal for real.

That’s some extraordinary and successful adaptation of public space and private participation on shaping the city taking place there.

Meanwhile, it’s not even limited to 2er anymore, because of the free space project that arose next to it. They have offices and workshops in containers. Basically, what 2er is to skateboarding, this place is to people who – in whatever way you can imagine – want to do something. Let it be start-ups, non-profit organizations, or whatever. We have a bar there, a co-working tattoo studio, a massage salon, a bike repair shop, an escape room, a surfboard manufacturer. The free space project has become its own independent association by now. And a lot has changed at 2er itself, too, because some of the punks who only wanted to skate turned into family fathers in the course of the past ten years. There are other needs now that have to be met and that’s why we are working on something for kids there. 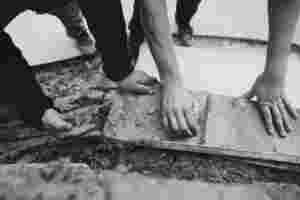 Sounds like a small Christiania – without the drugs. Were there any paragons you looked at for orientation?

Actually, it all just happened by itself. We never had the plan to build something that big. We usually always did smaller projects. Step by step, it developed into this huge thing. The stuff Pontus Alv did in Malmö was inspiration for sure. He even visited us and explained how to shape a ramp the right way. And also the way he skated the ramps was inspiring. 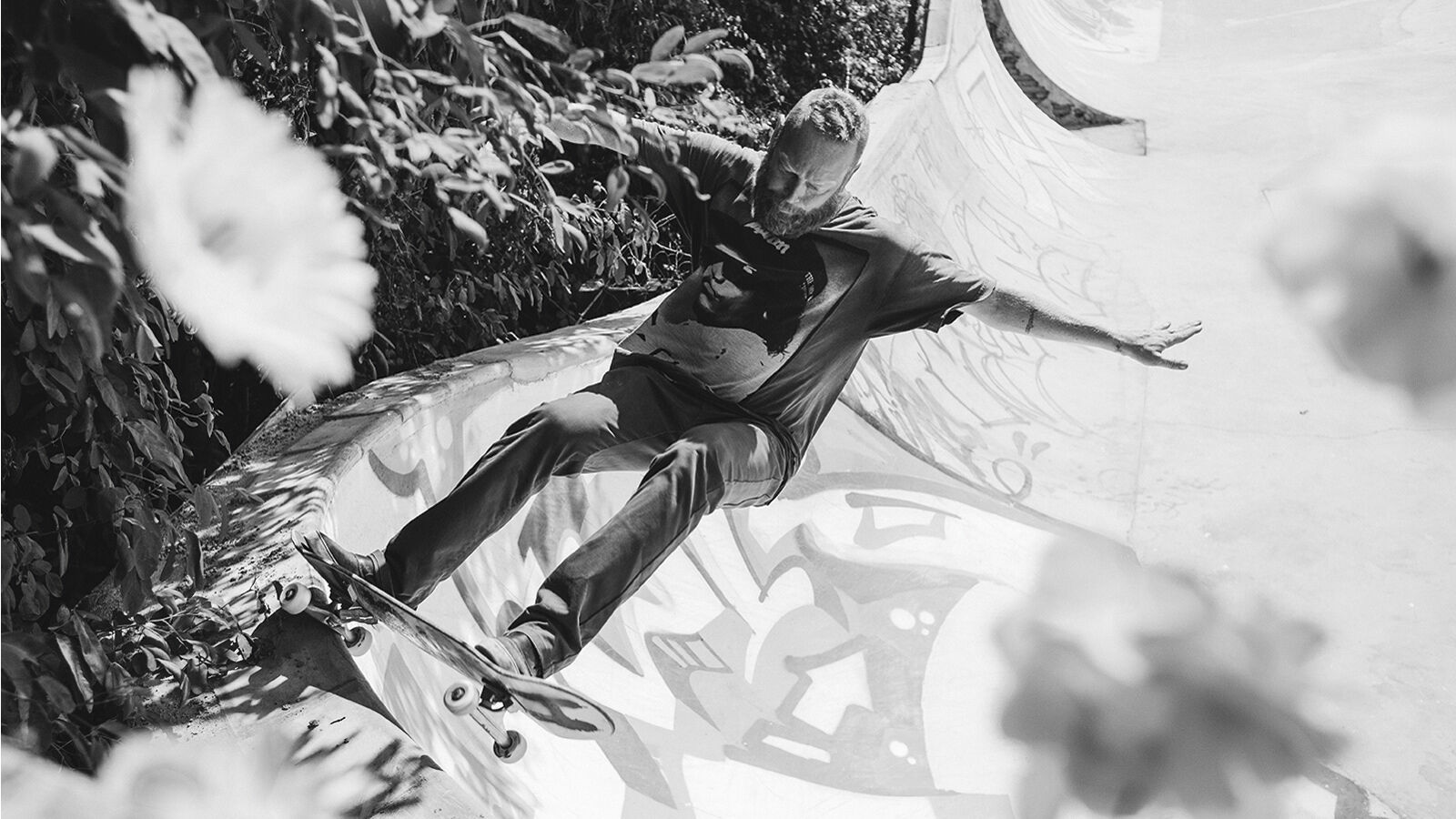 Can everyone who wants to just start building?

Sure, you don’t have to talk to anyone, but you have to face a bunch of questions once you start building, meaning that you can’t just put some fucked up shit out there. And everything that doesn’t work will be torn down again. By now, we plan a bit more though, so the park doesn’t become even more compartmentalized.

How many big events took place at 2er over the years?

Last year, we had the seventh 2er on Fire contest and we did the first ever Builders Jam in 2012 and pretty much made up this format of inviting people to build together by doing so. By now, this has turned into a established term. And for our tenth anniversary, we want to celebrate for two weeks and build a bunch of stuff.

"It’s a little bit like a second living room for people, a place to hang out after work and do whatever you feel like."

2er is not your typical skatepark. How would you describe it?

Because we tried so much different stuff, it has become a mishmash of ramps with diverse quality, which makes it challenging to ride. And it, as stupid as it sounds, inherits a way of life and is the place to be when you’re in Hanover. Although, you won’t find just any kind of skater there but rather a special kind of people in general. It’s a little bit like a second living room for people, a place to hang out after work and do whatever you feel like. The spot is close to the river, in which you can swim during summertime and where we got the water for construction at the beginning.

Who came to visit 2er by now?

Pontus came with the whole Polar team, Chet Childress has became a real buddy over the course, Alex Hallford and a bunch of Belgians around Jarne [Verbruggen] and Phil [Zwijsen] were there, the Lifeblood and Bacon team, the Levi’s team, and the Huf team with Dylan Rieder and Austyn Gillette. Equally important are the countless visitors from around the world who only came to camp and skate. Sometimes you go there at noon and find a couple of French guys sleeping under the bar, who came there on their small mopeds, for example. 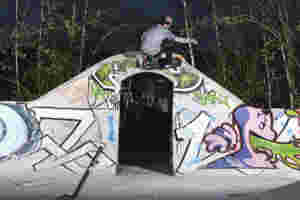 Last but not least, where does the name actually originate from?

Originally, the ledge was supposed to be for us only and we wanted to keep it secret. That’s why we always said that we want to go to that two stair a little further out which isn’t anything special, but there has always been a good vibe and you could chill there. And when someone said that this sounds sick, he could come because he virtually proofed himself dignified. Of course everyone knew after a couple of weeks and then we didn’t even want to keep it a secret anymore. Funny enough, there’s no two stair at 2er to this day. 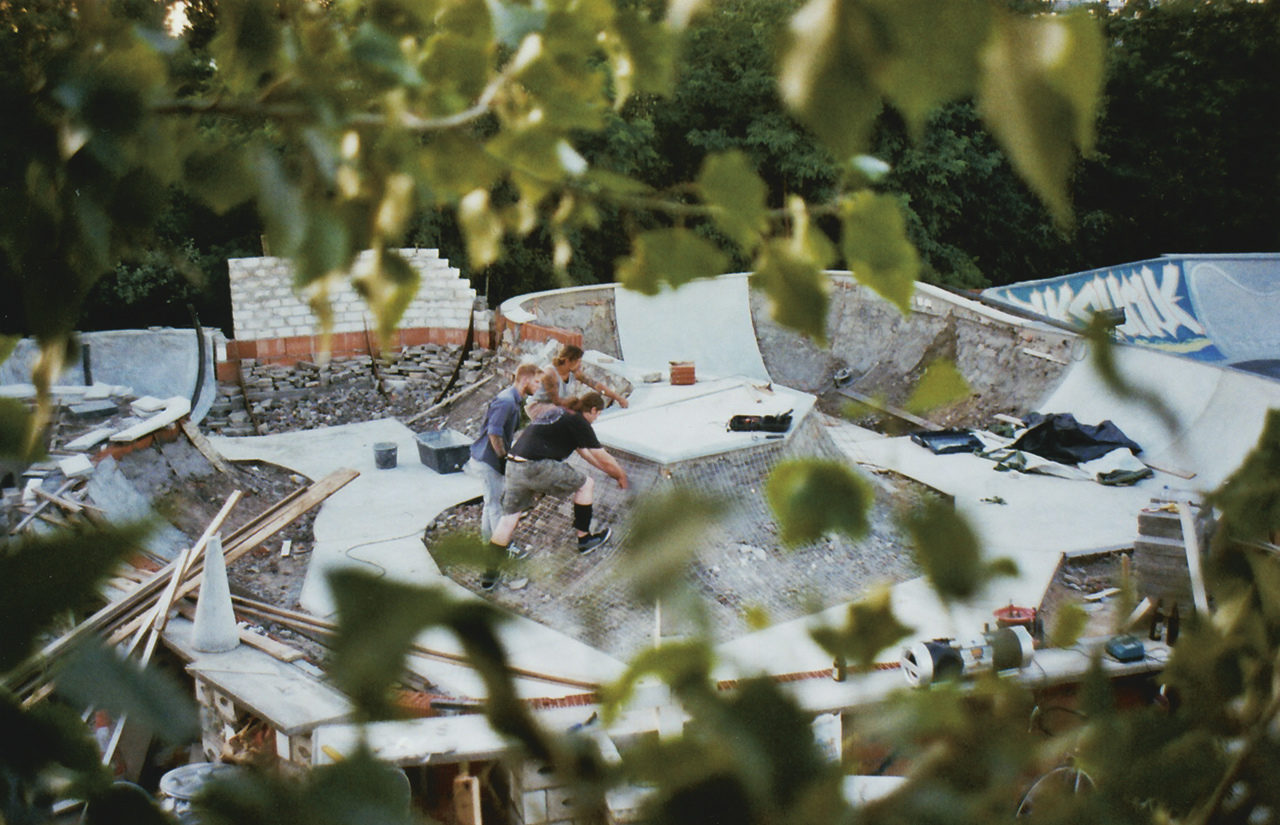 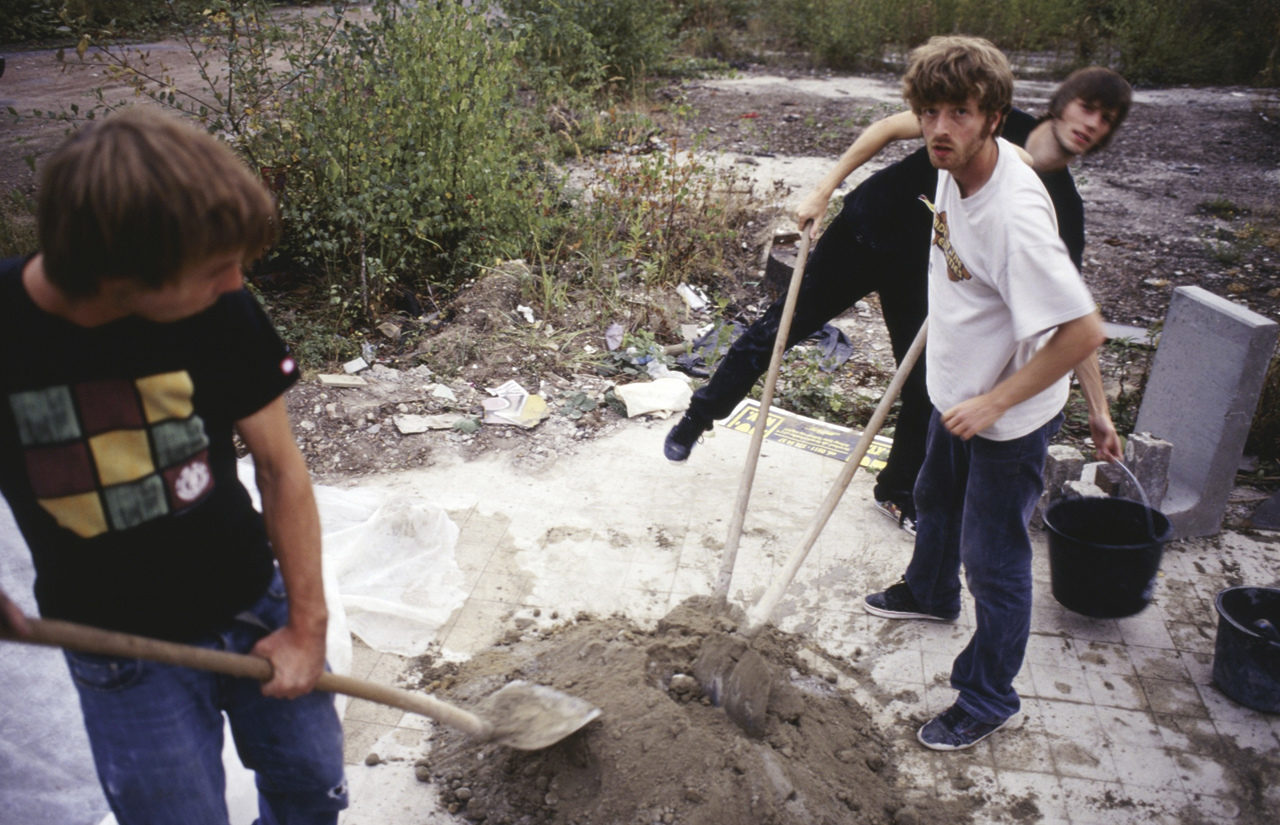 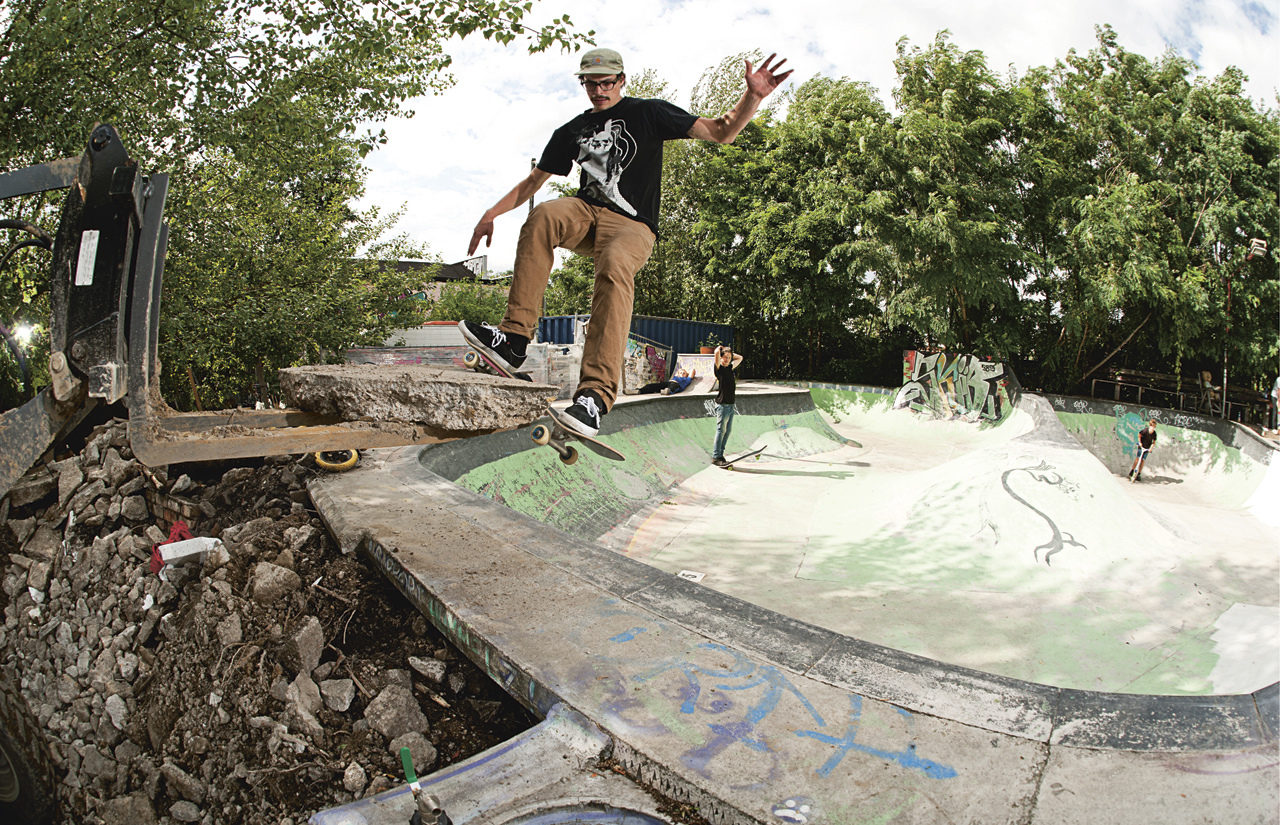 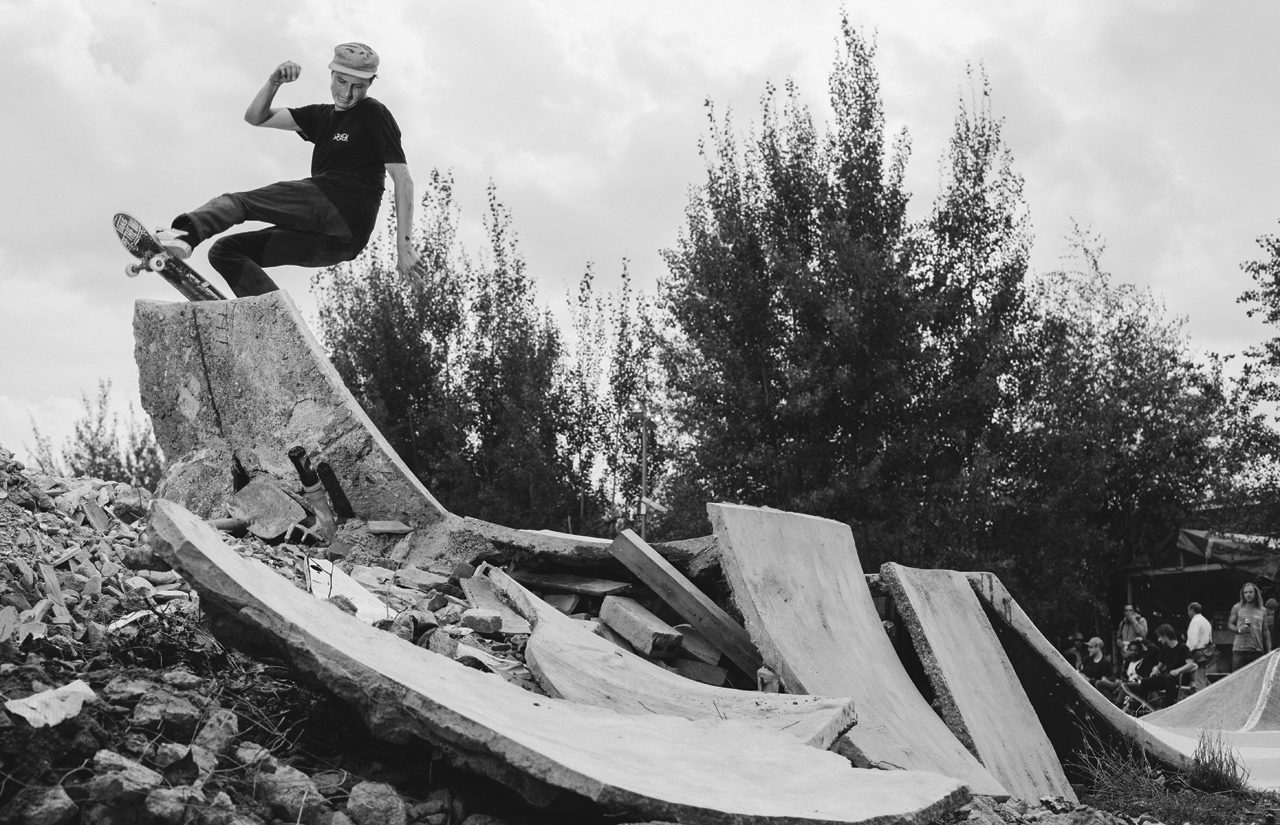 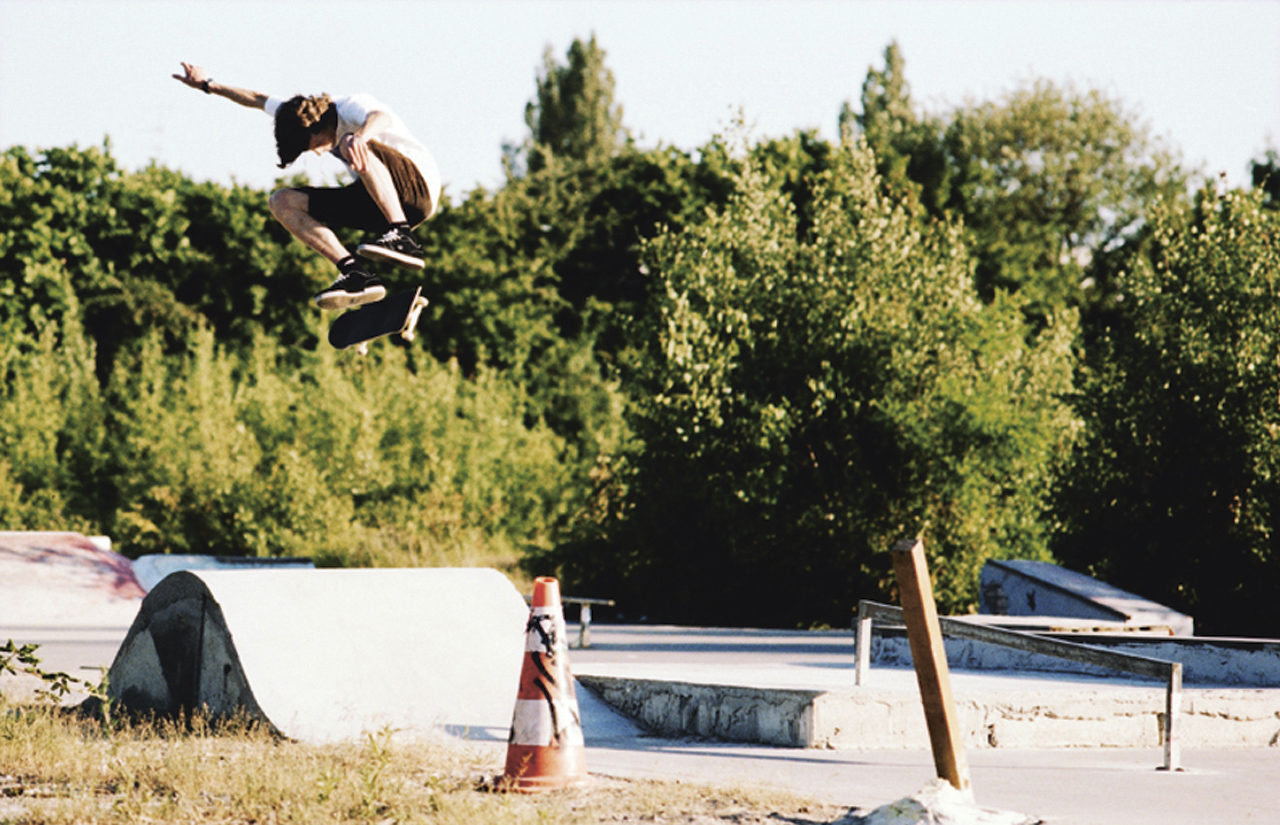 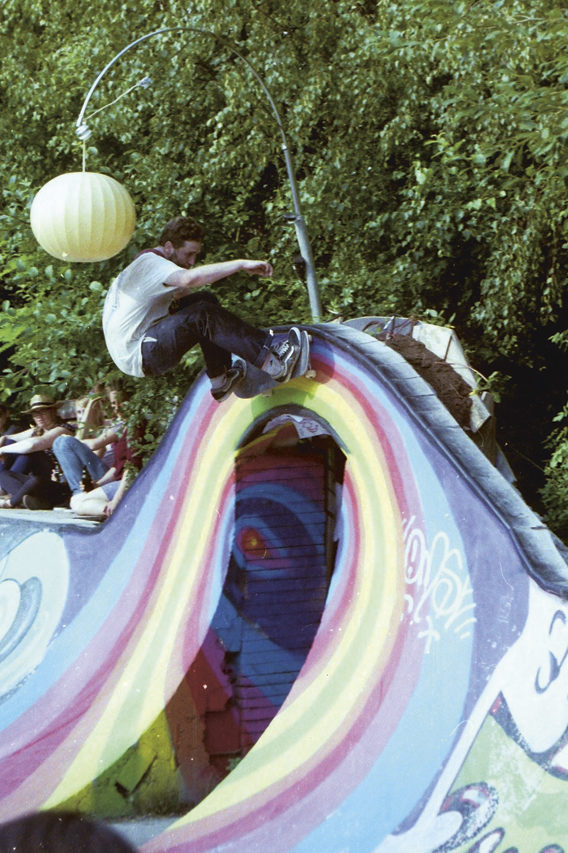 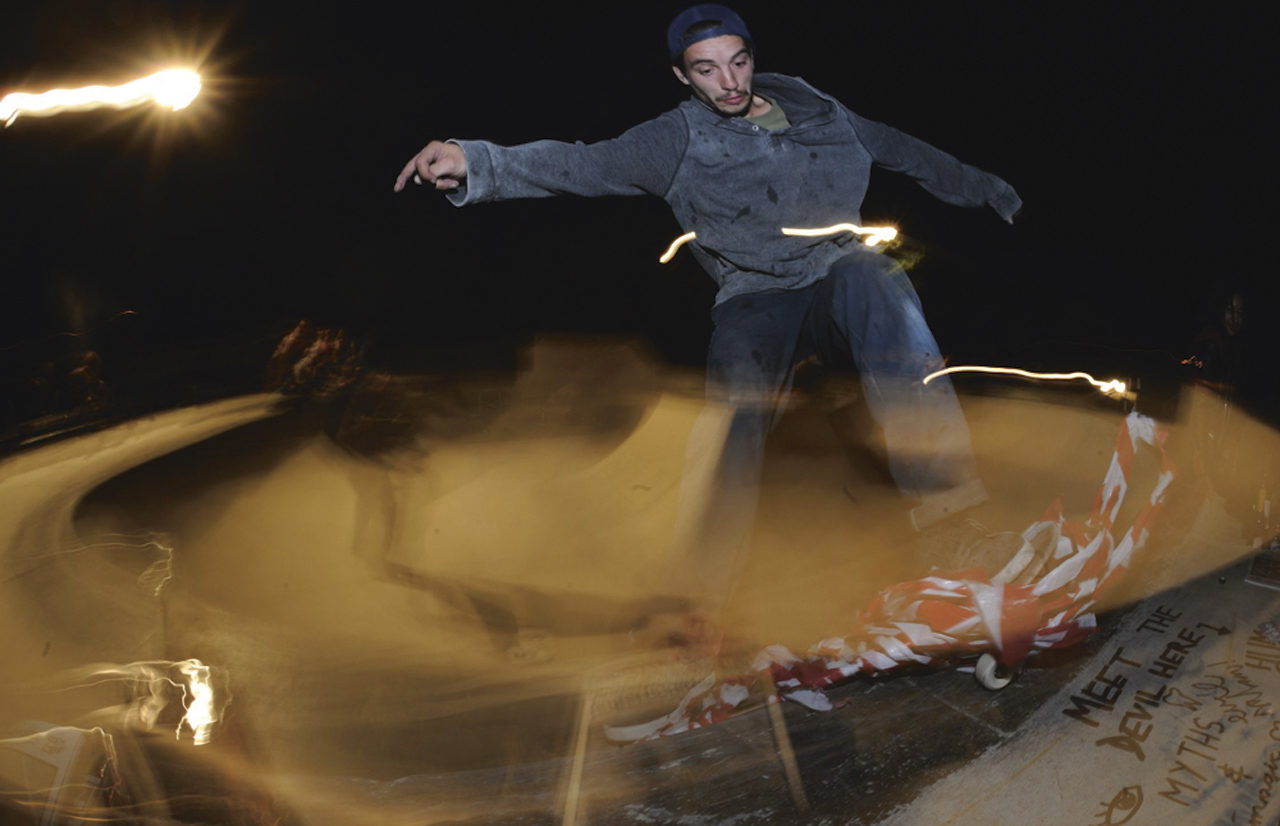 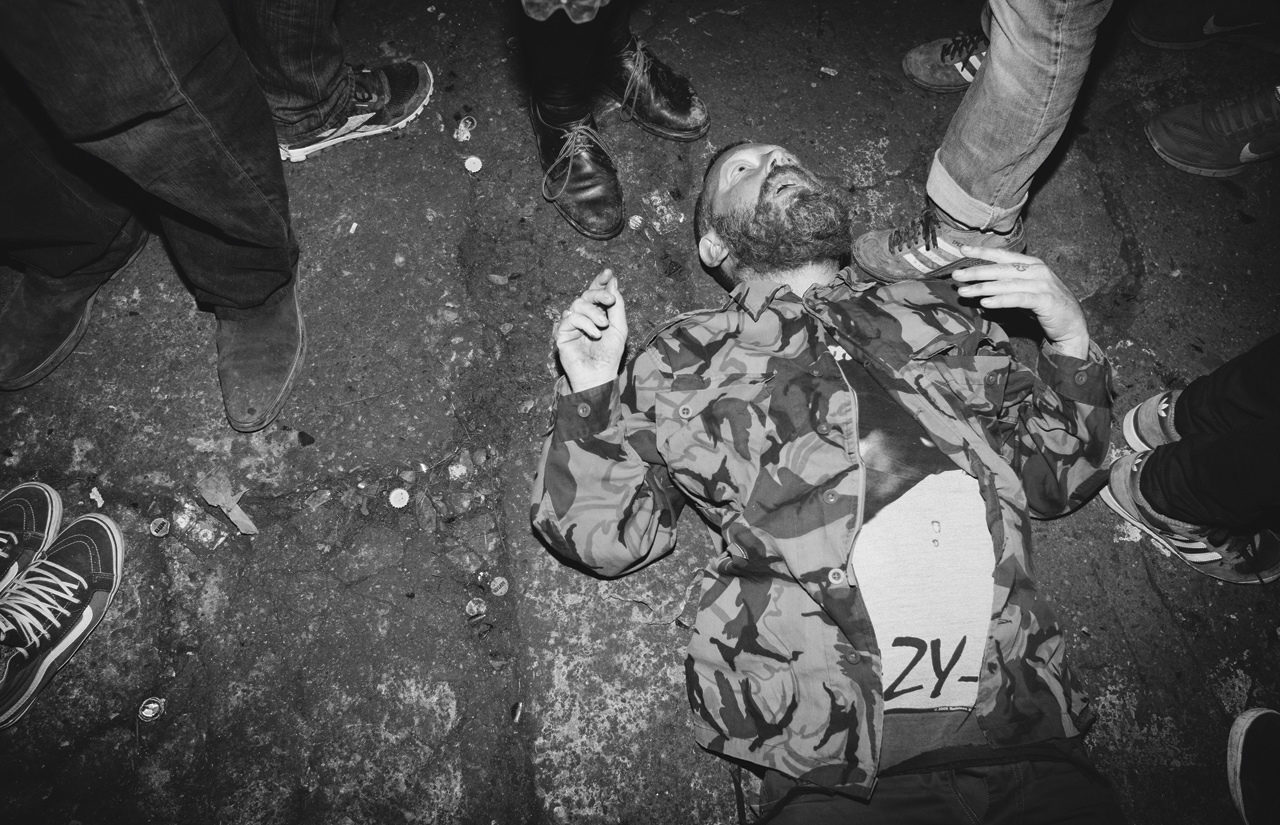 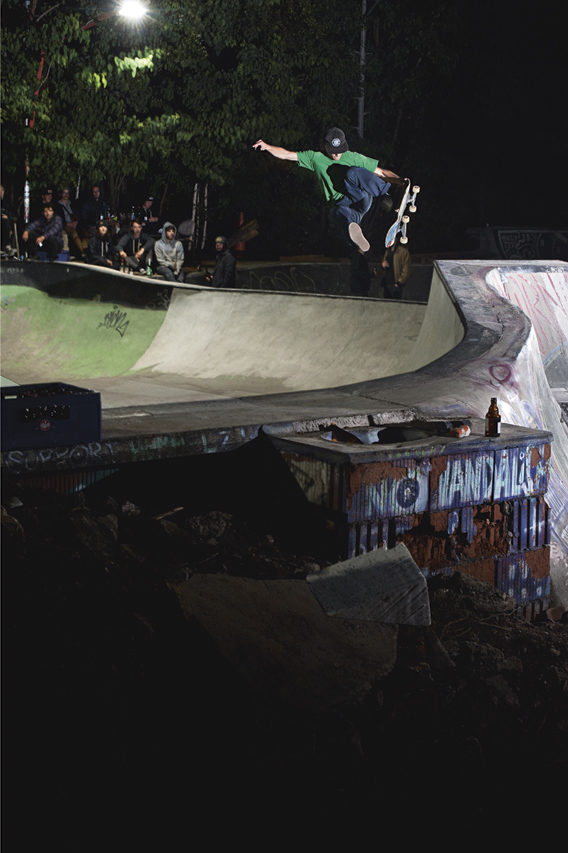 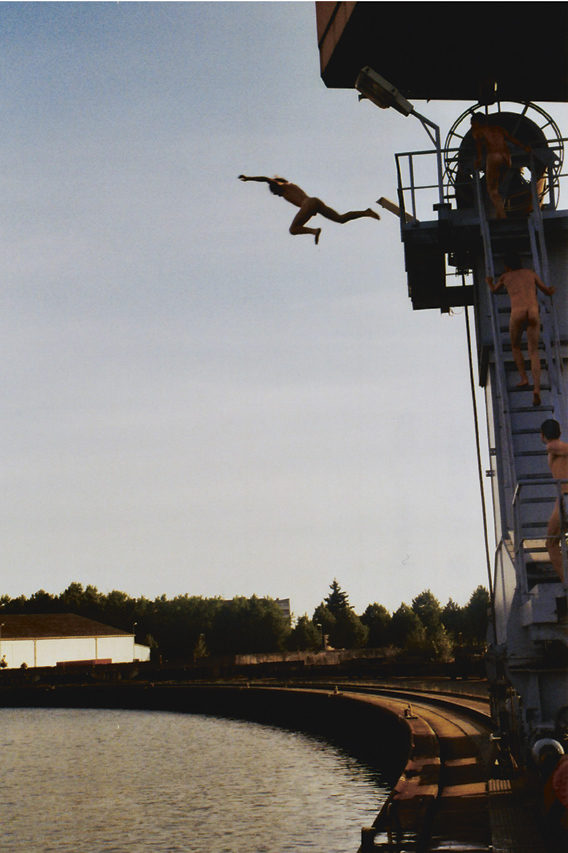 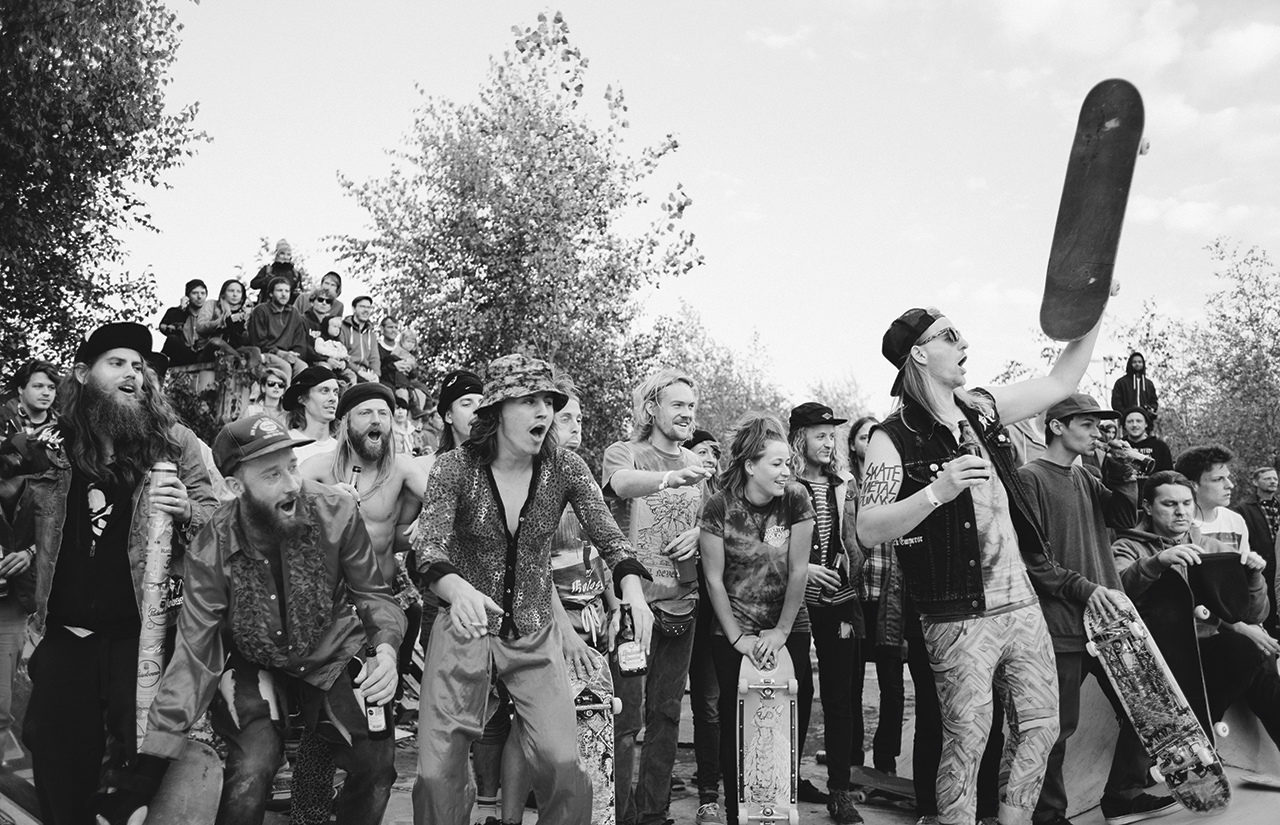