We were talking about doing a portfolio with Marcel Veldman for quite a while. When he launched his new website, we thought now is the perfect time to do it. Marcel is one of the best photographers around Europe and therefore constantly on the road with the Nike guys. But besides that, he also runs his own printmagazine. Maybe you heard about Fluff? If not, you might at least know his Roll Models book. You are on tour a lot with Nike SB. How many month a year are you on the road and what are some of the best places you've been to?

Probably close to six months out of the year on average. As for best places? I’ve been lucky enough to have been to every continent except Antarctica. Pretty crazy if you think of it. But one of the best, and it’s a tough call, could have been my trip to Morocco with the Amrani brothers. That was definitely on all aspects an amazing place with very friendly people. On top of that it was Youness’ first time back in a decade. Very special to have been there with them.

Besides the Nike stuff you do, you're running your own magazine. Can you tell a bit about Fluff?

We started Fluff back in 2000 just for the reason that there was no Dutch magazine at the time. The first years it has been strictly Dutch, but the past 6 years or so it’s in English and distributed all over the world. It comes out whenever we want basically, so not that often. The next issue to come out is number 27 so you see we’re definitely not rushing things here. As for the different formats, we like to make something special each time. At first just because we wanted and we could, but these days there’s another reason. In this day and age we’re overwhelmed with digital content each day, so easily accessible and free for everyone. So why would you pick up a magazine? I mean personally I would since I’m a book/mag junkie, but the average kid? Most of those magazines are easily translated to a digital platform, the paper itself doesn’t add much difference, exceptions excluded of course. You have to make the paper experience a little more special. So Fluff is not only its content but also that respective issue’s format, the feel, the smell, the weight or lack of. All that is the experience of reading a paper magazine so we do our best to make it even a bit more special. Plus the anticipation, what will it look like next? I was a big fan of Big Brother and in the beginning they changed covers and sizes each issue. You never knew what to expect. I think that’s an important part. And it lasts longer this way too, since most of the Fluff issues end up on peoples bookshelves. But regardless from all this we would still make every issue different because it also keeps things interesting for ourselves to be honest. Each issue we need to start from square one, a challenge to say the least, it keeps you on point. Or drives you nuts at the same time. [laughs]

You mentioned the online content. Why are you still a print advocat?

Apart from all the above mentioned reasons, there’s another important one. This one goes for every print mag out there, from zines to glossies. Once an issue of a magazine is printed it will always have the same content. It’s not gonna change over time, it will always be the same it was as the day it came out. Therefore every issue is a frozen moment in time. The collection of photos, the stories, the ads so also the contemporary companies, the fashion etc, it’s all from the era it came out. And it will always be attached to each other as a collection so when you pick it up two decades later it will have that same vibe. As for the internet, those issues can come and go, websites changing all the time, so you’ll never find the collection together anymore, if it was already a collection to begin with, if you know what i’m getting at. Some websites completely disappear and the content is gone forever. Sure you can find the photos if you remember them scattered across the internet, but never in the same bundle as it would be in a paper magazine. Therefor i think it’s really important to keep this going. Much respect to all the paper magazines and zines out there. And to the readers: pick up a paper issue, it’s more valuable than you think.

When I think of Fluff, those wild party/lifestyle shots you collected in Roll Models, come to my mind. What started this and why is it a big part of your photography?

I just shoot what I see around me, plus I’m always carrying a camera. You never know when or if something interesting is going to happen. It’s not that I shoot a million photos a day/night, I don’t really like that. Sometimes I shoot a bunch, for my standards, sometimes just one or even none. You don’t wanna be that dude that sticks a camera in everyones face and annoy the fuck out of everyone. That way you will miss the actual interesting moments. Being part of the subject helps as well. I’m never really the outsider looking in. This is my life and the people that I interact with wether these are friends, acquaintances or strangers. Plus I might have a sign on my head that says looking for trouble in 12 different languages. 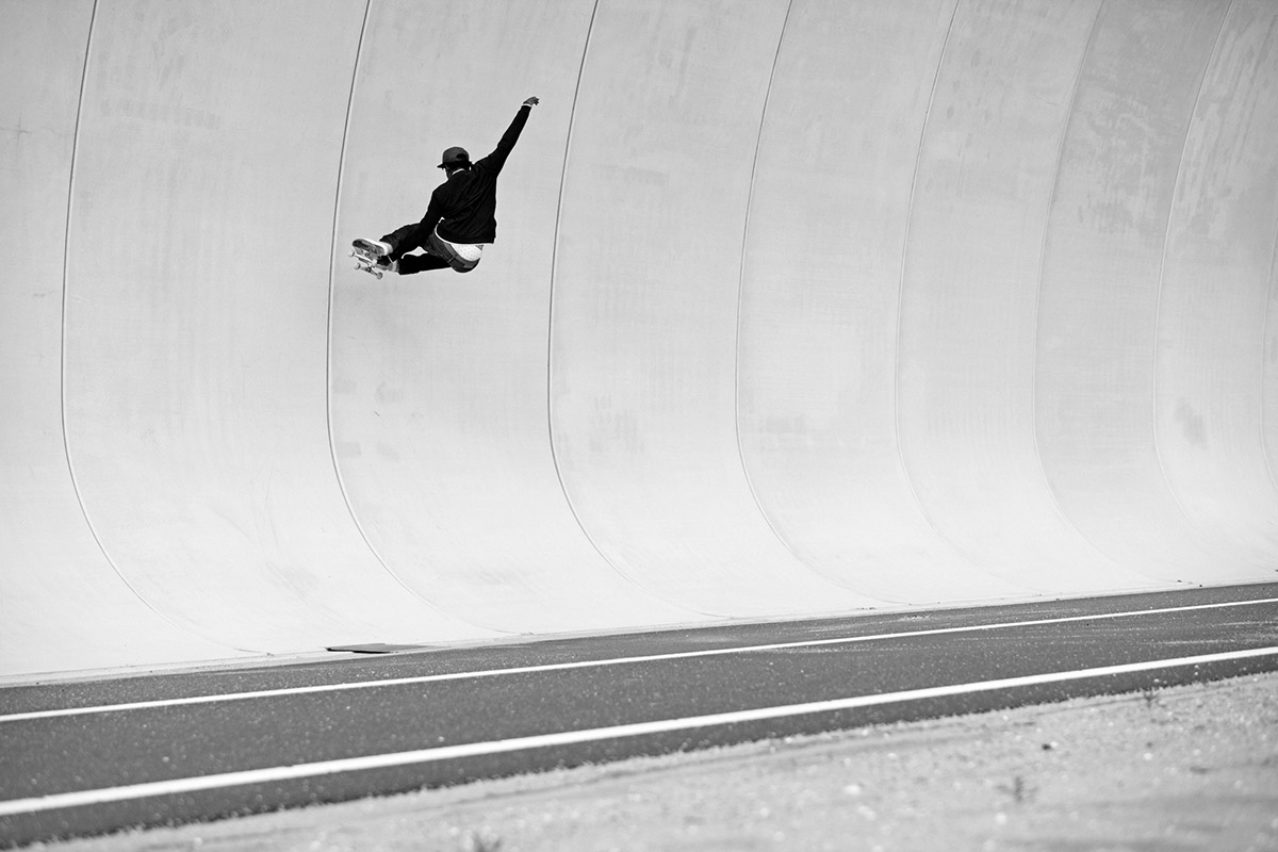 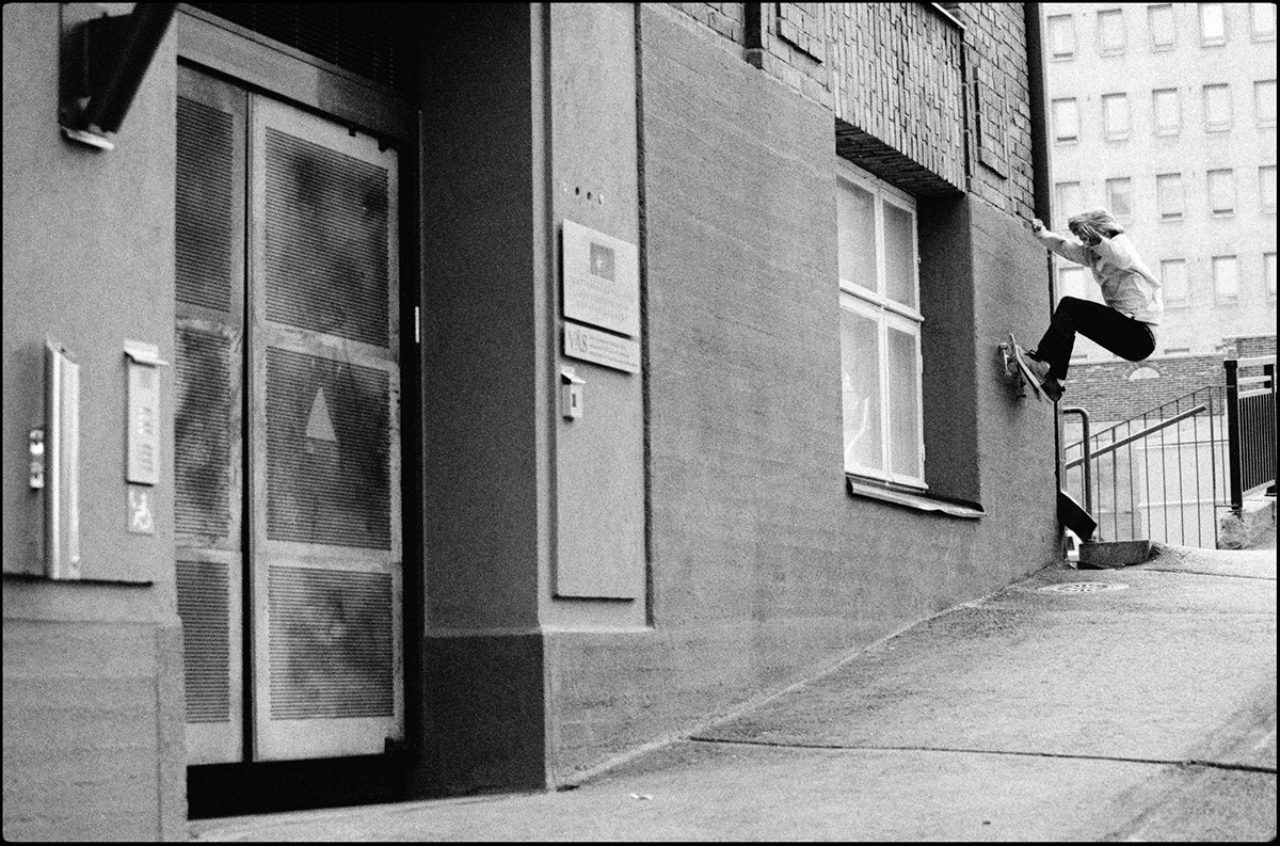 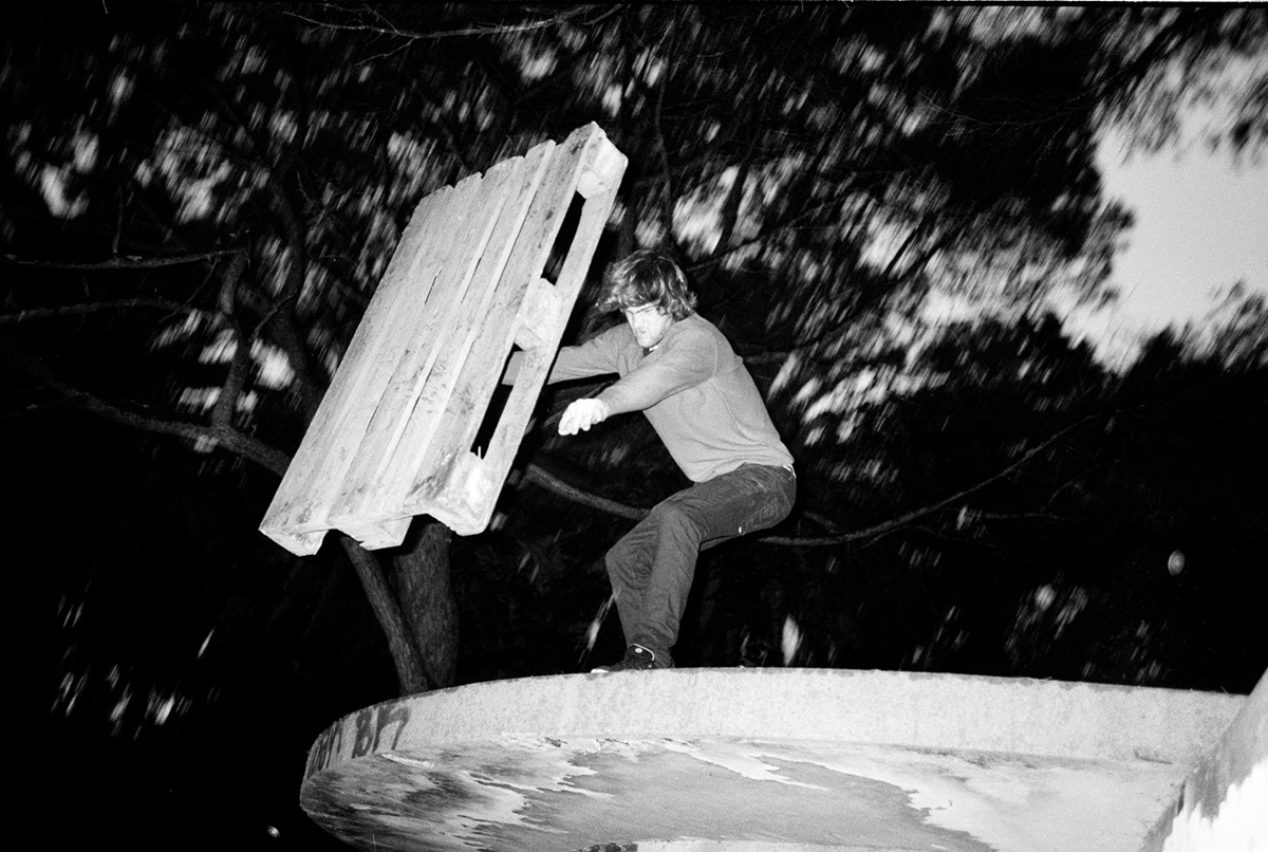 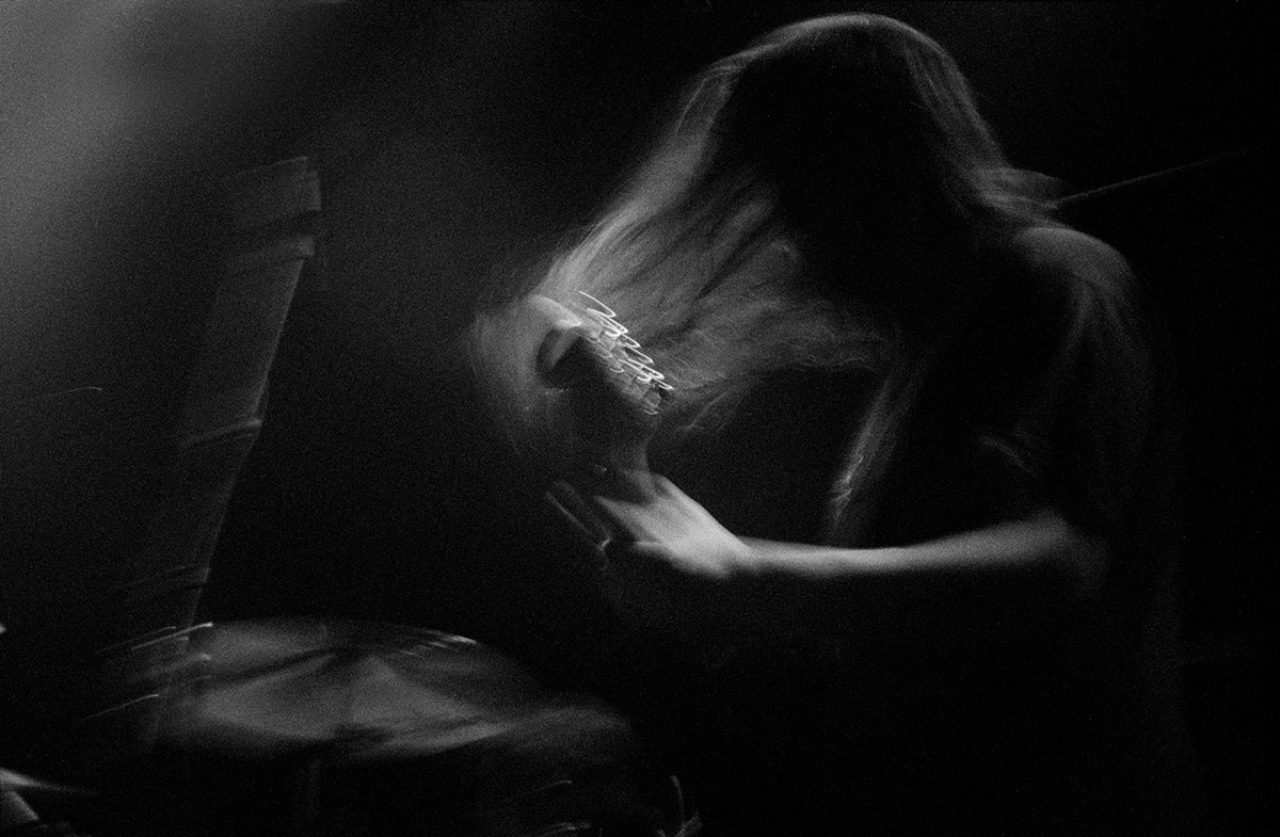 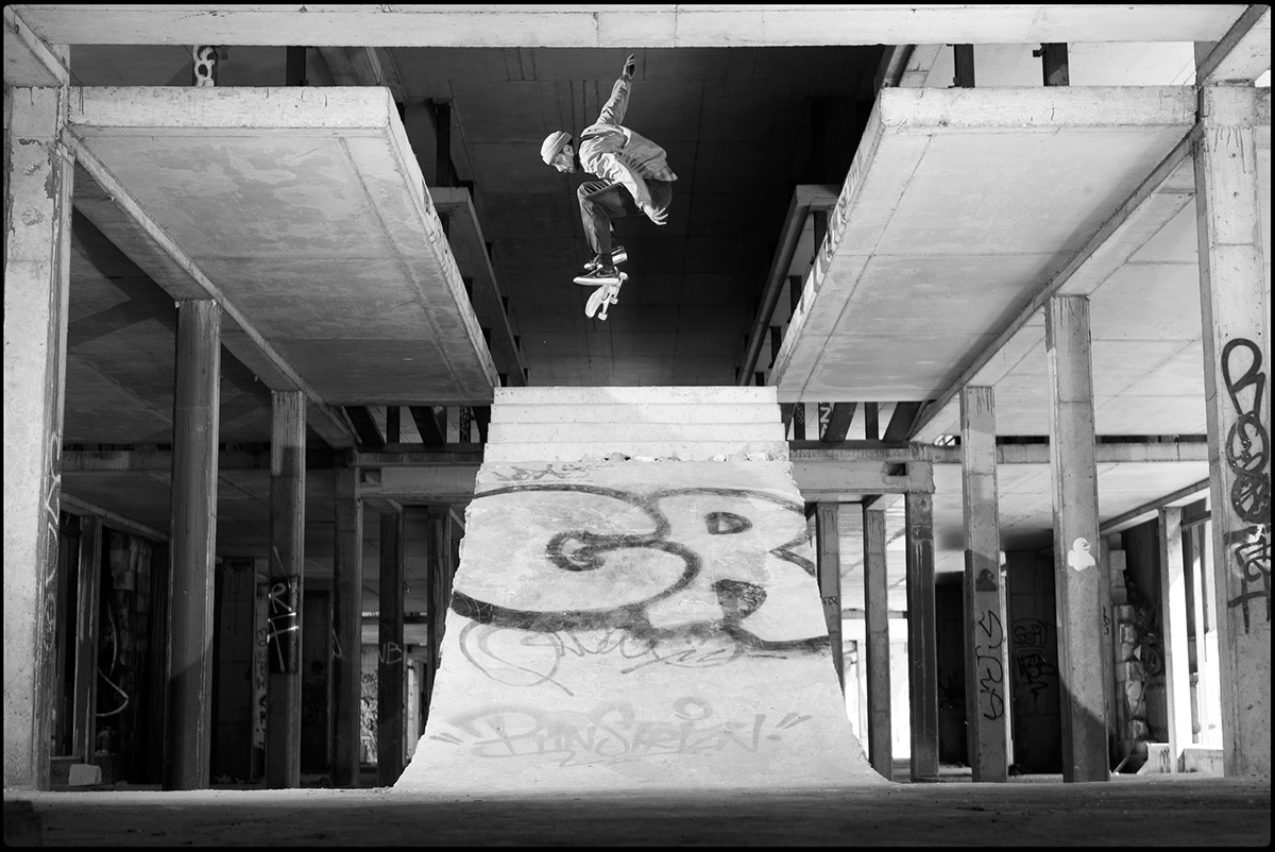 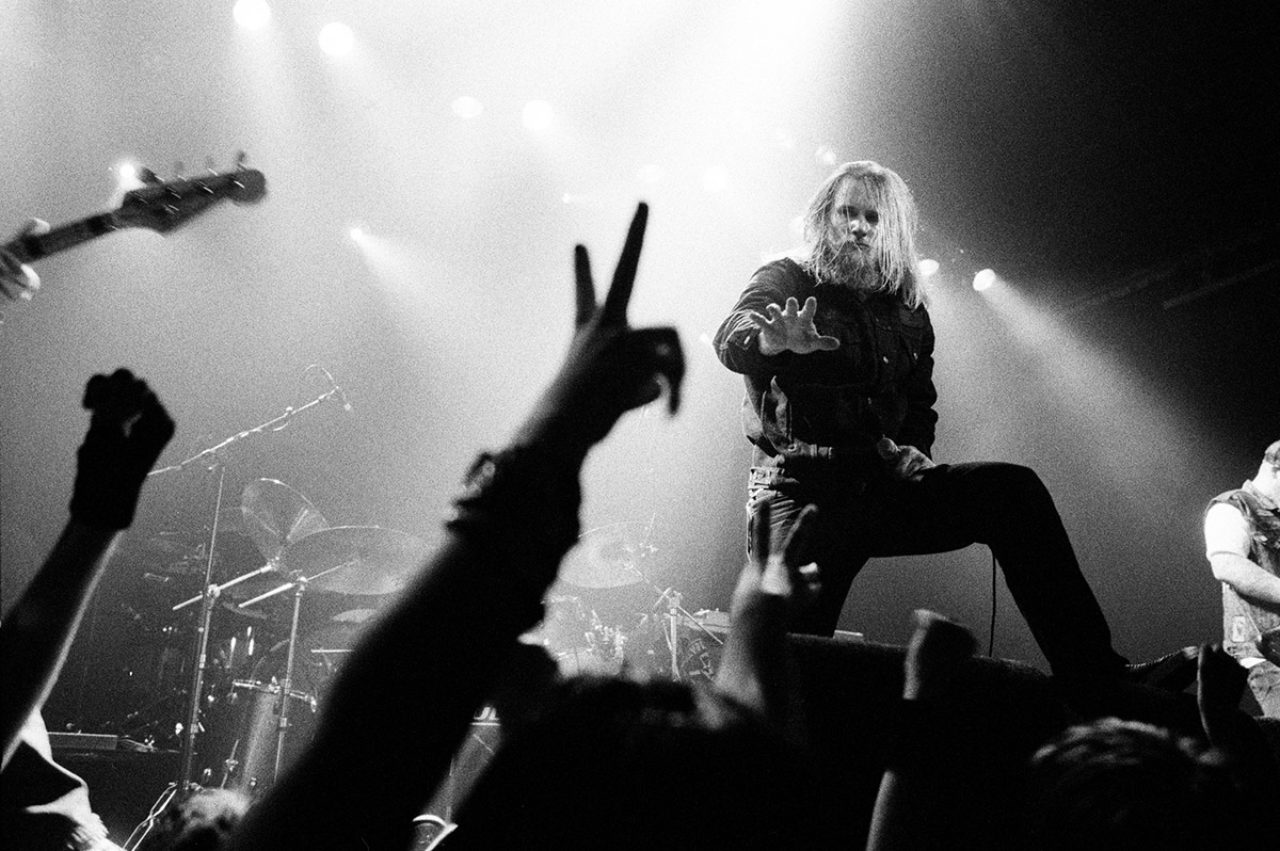 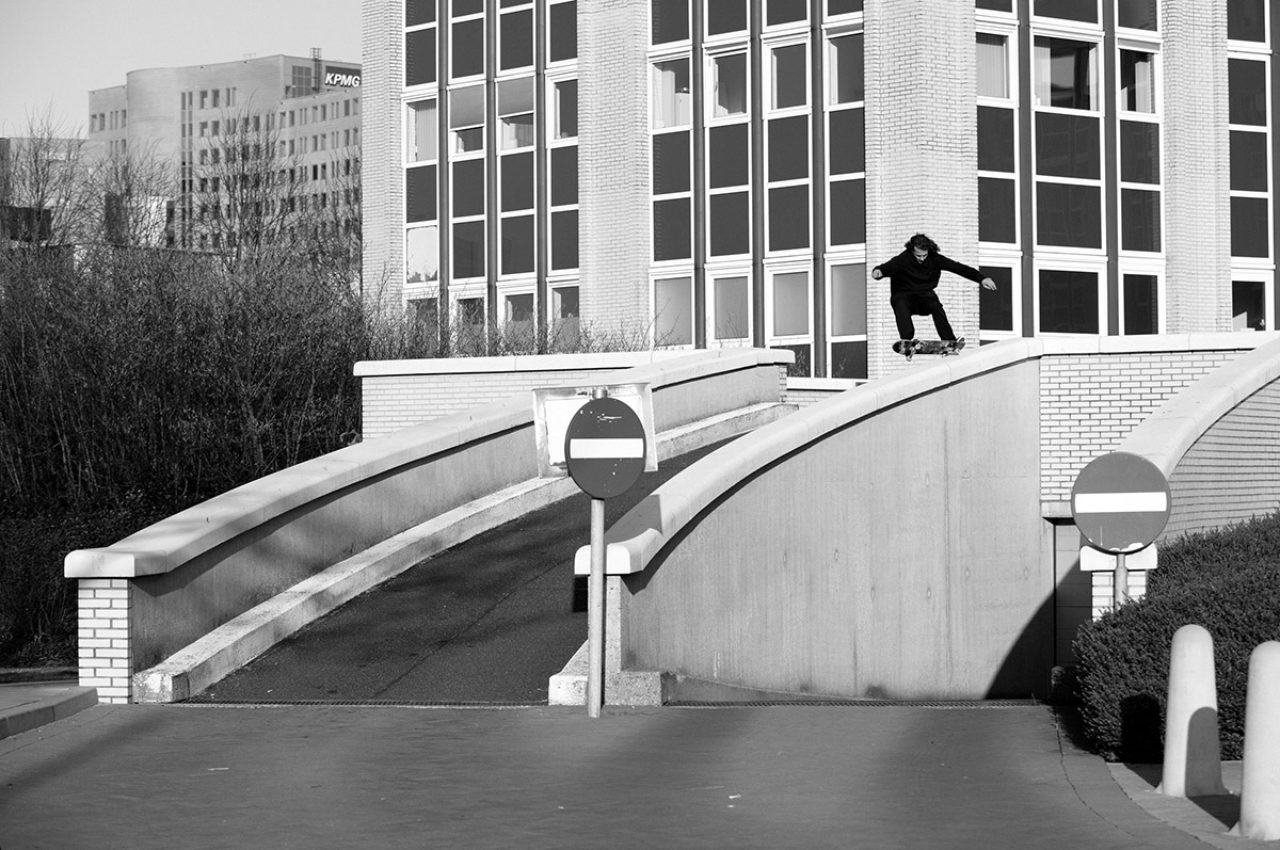 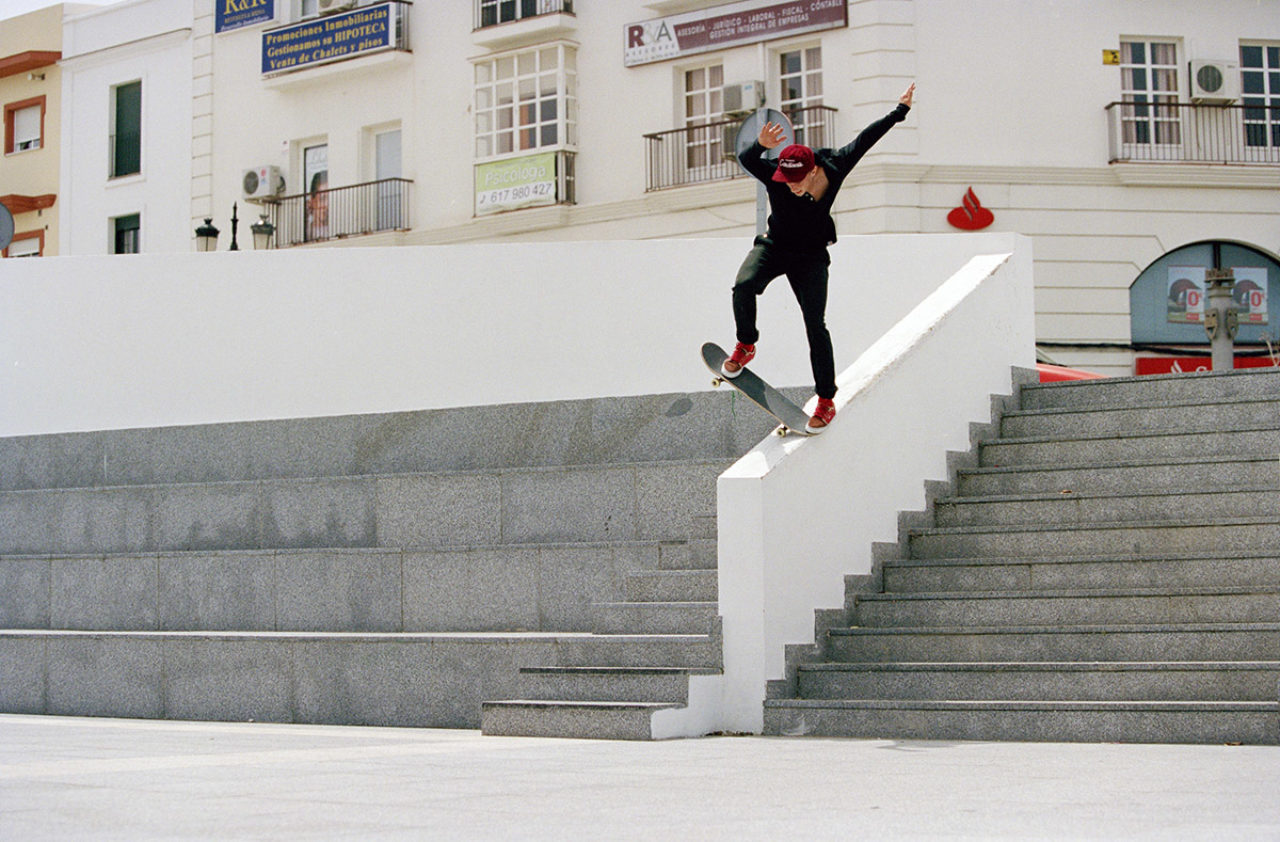 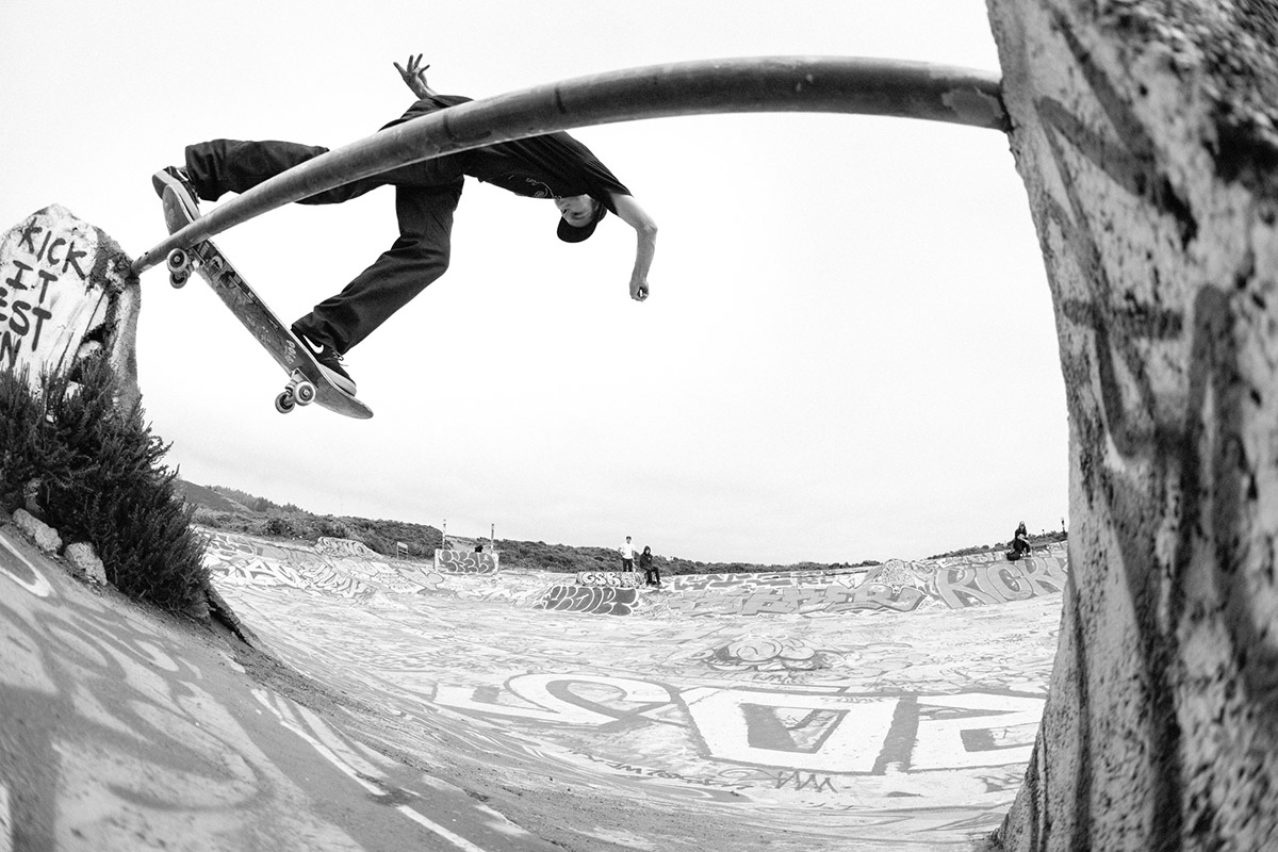 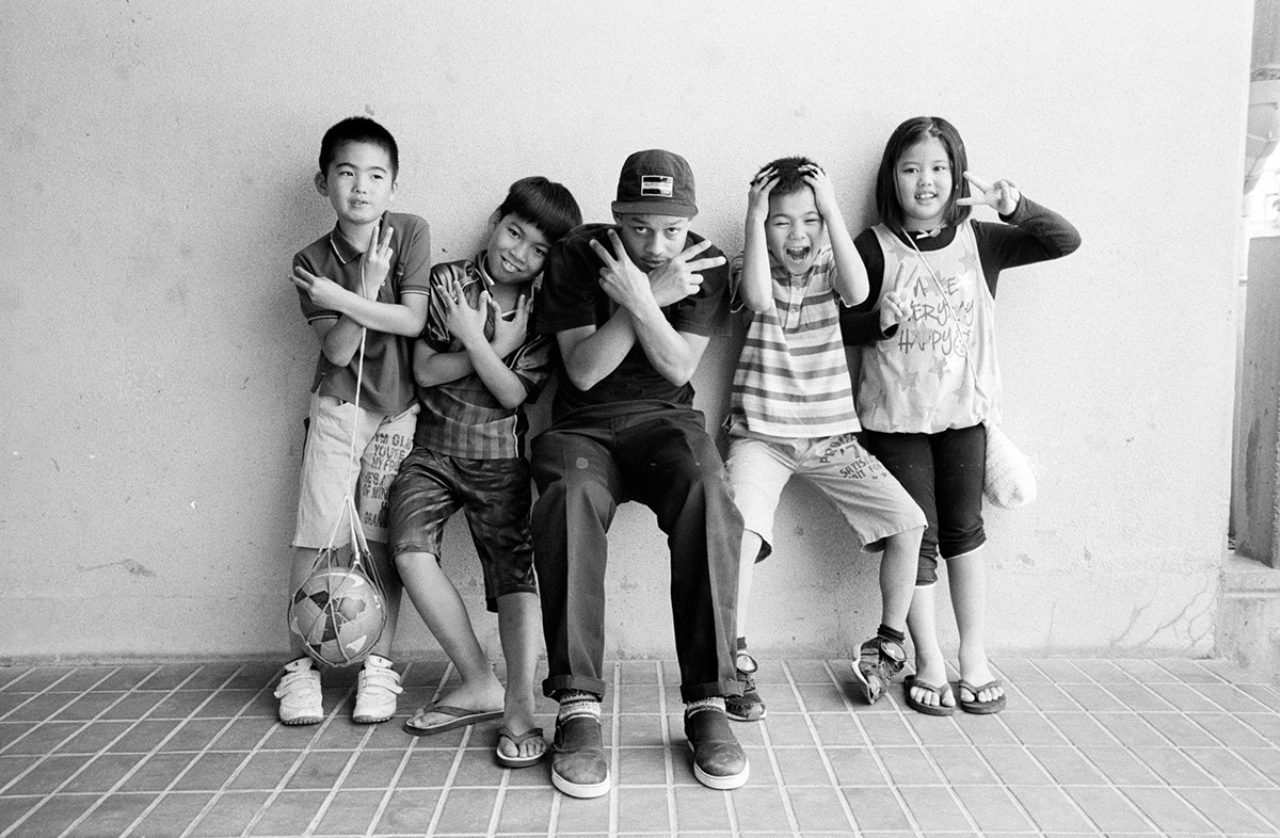 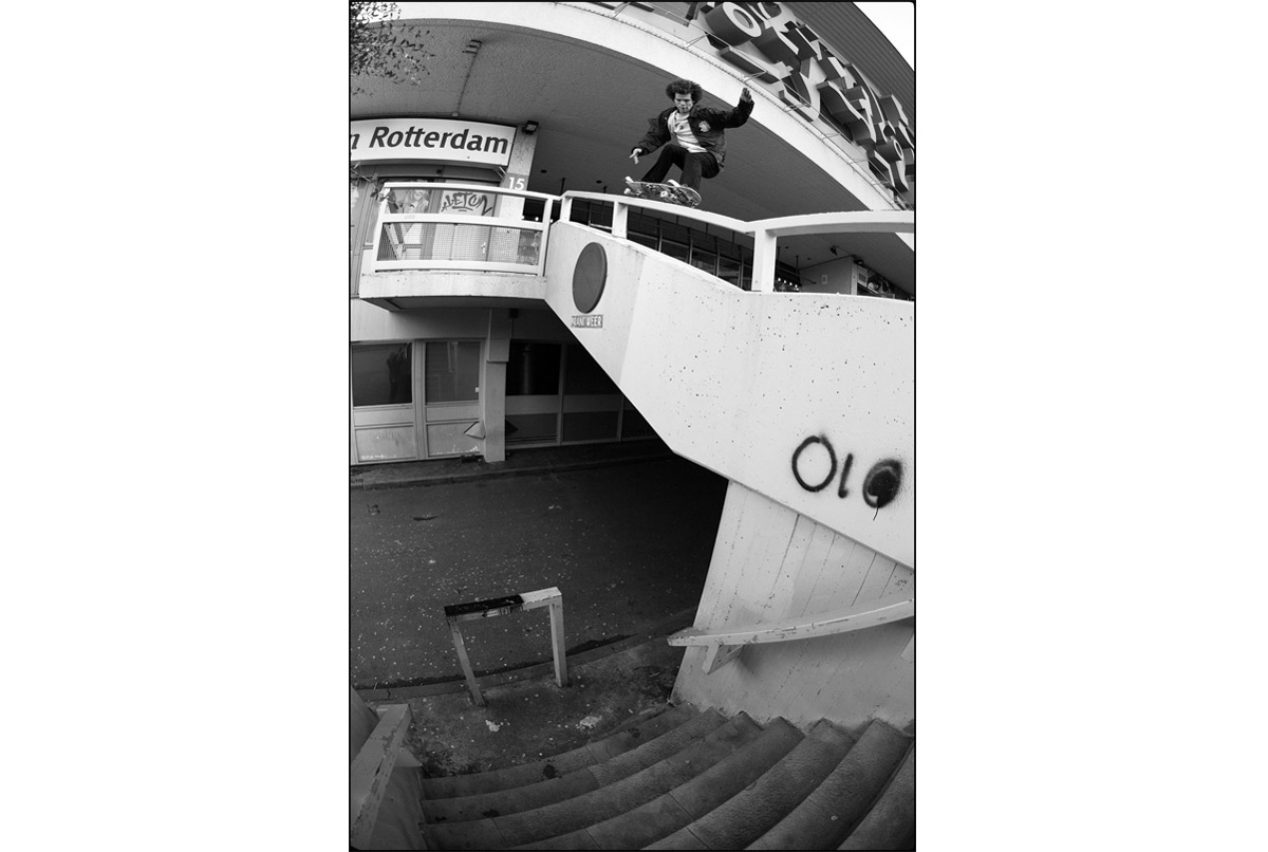 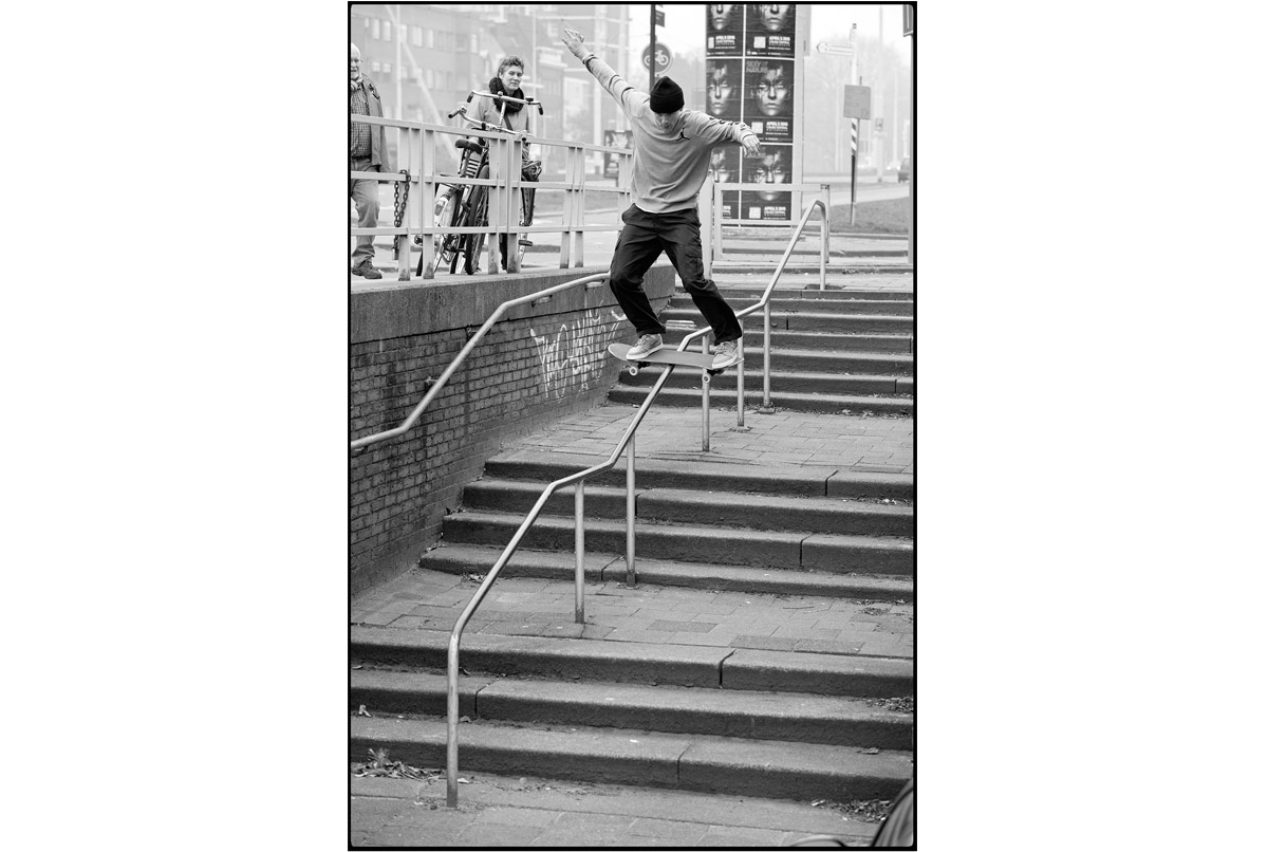 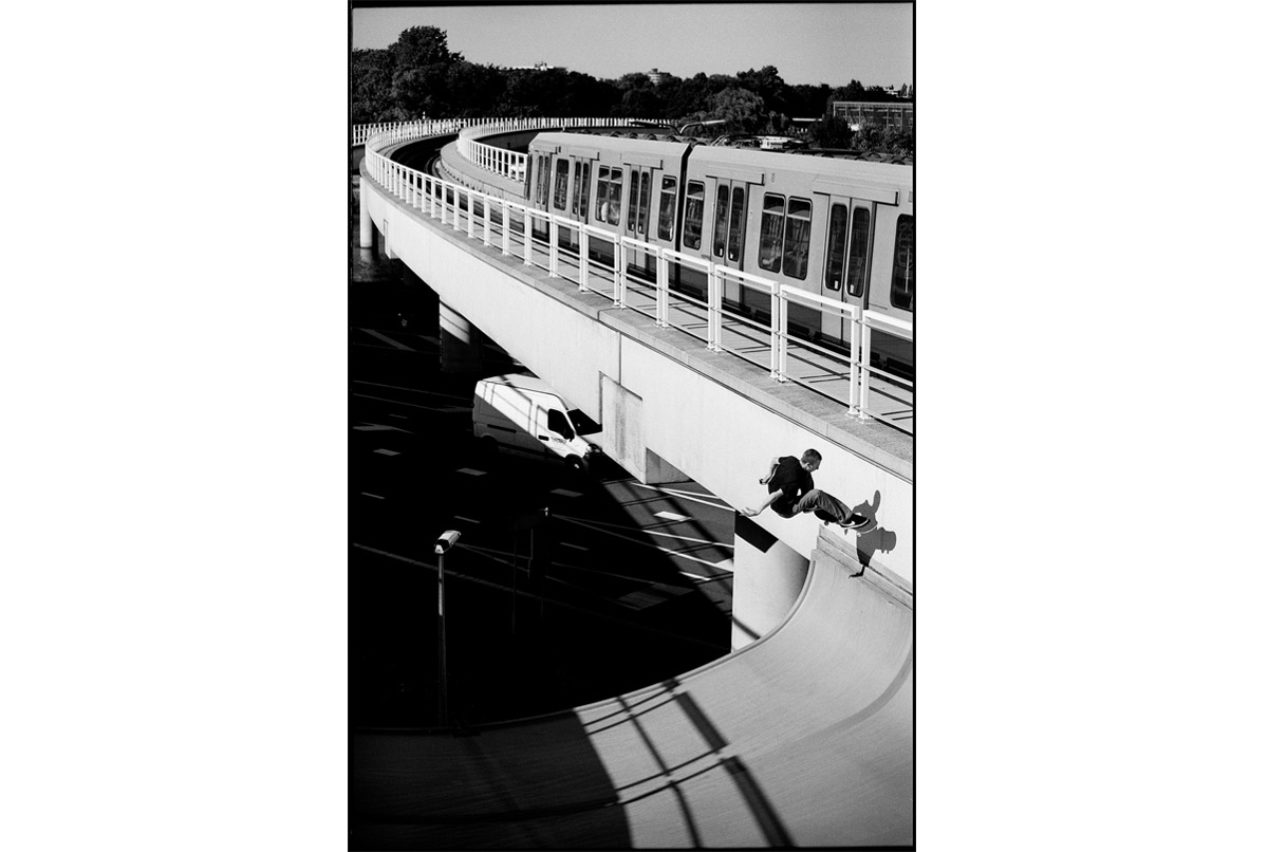 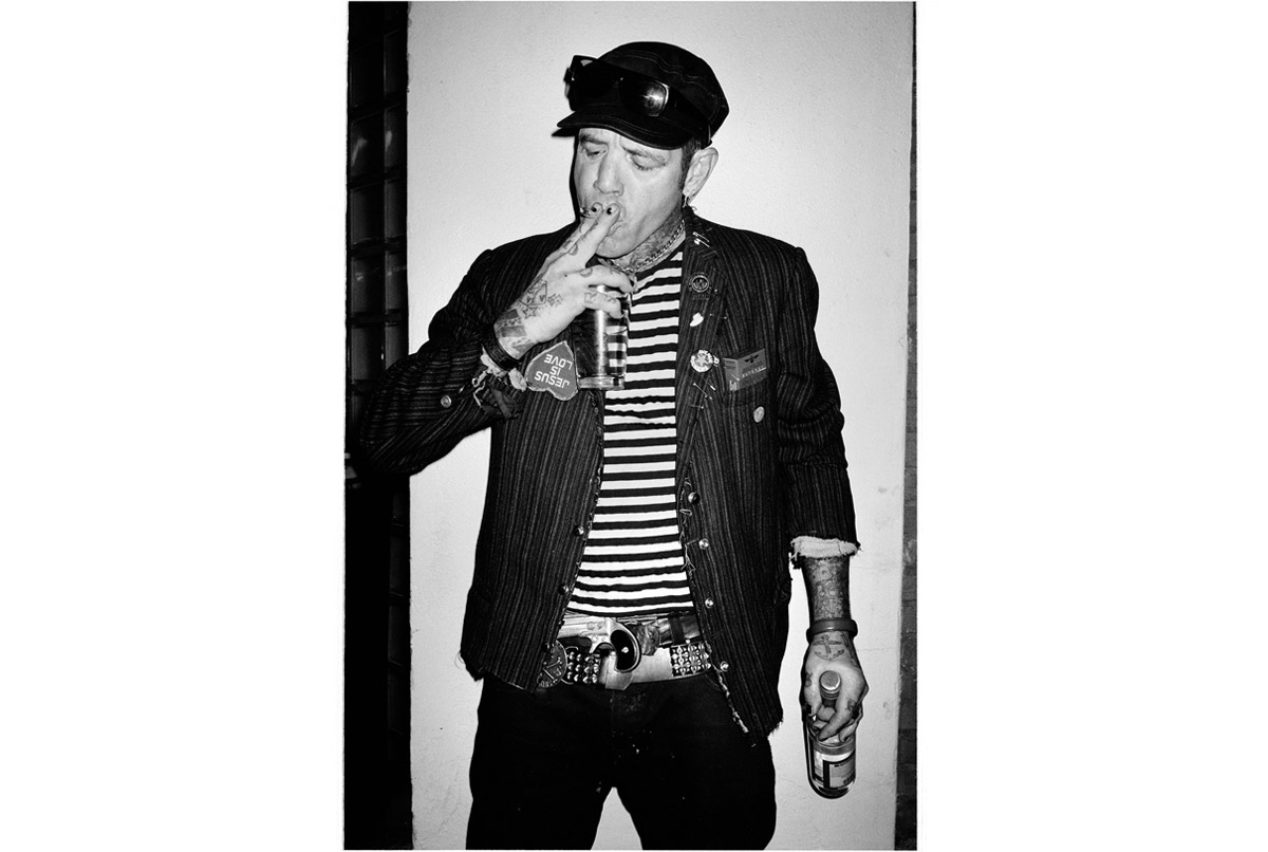 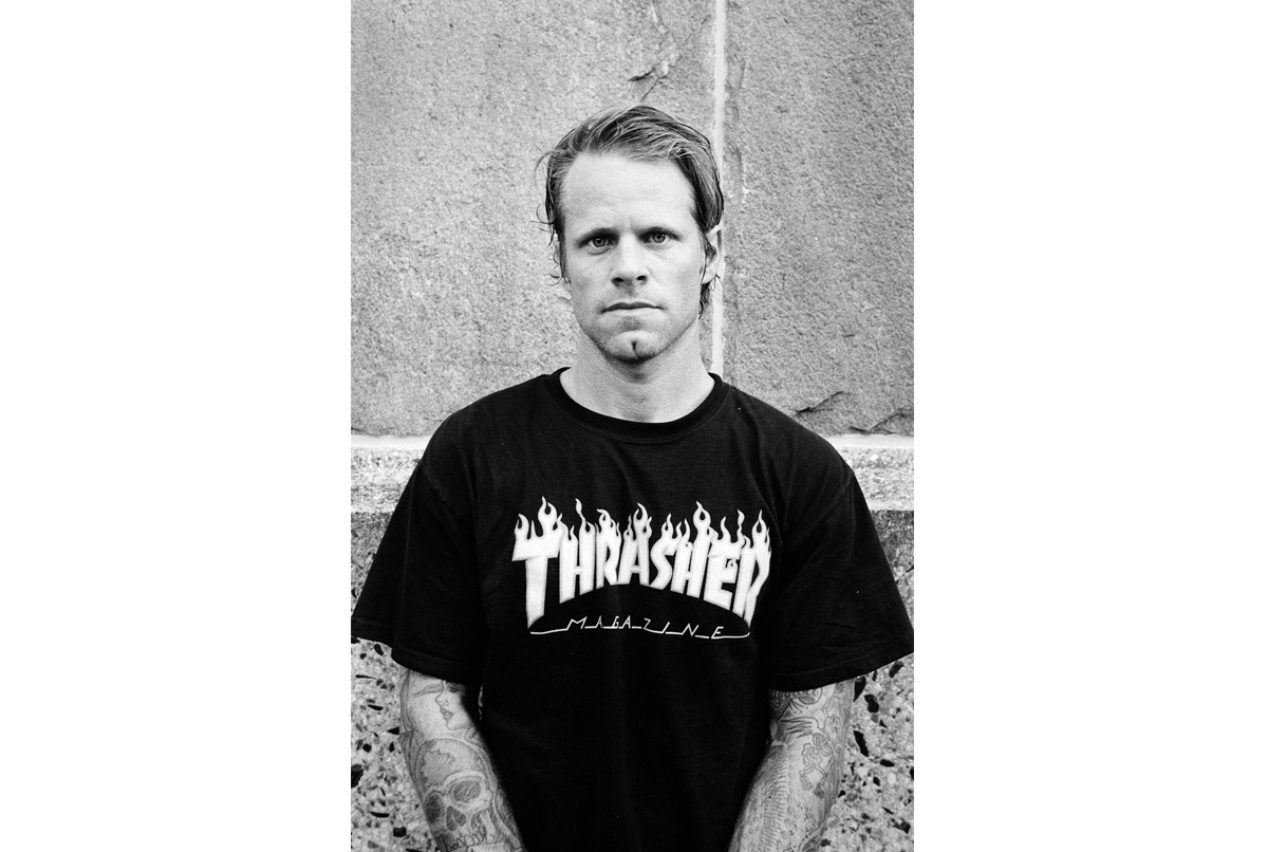 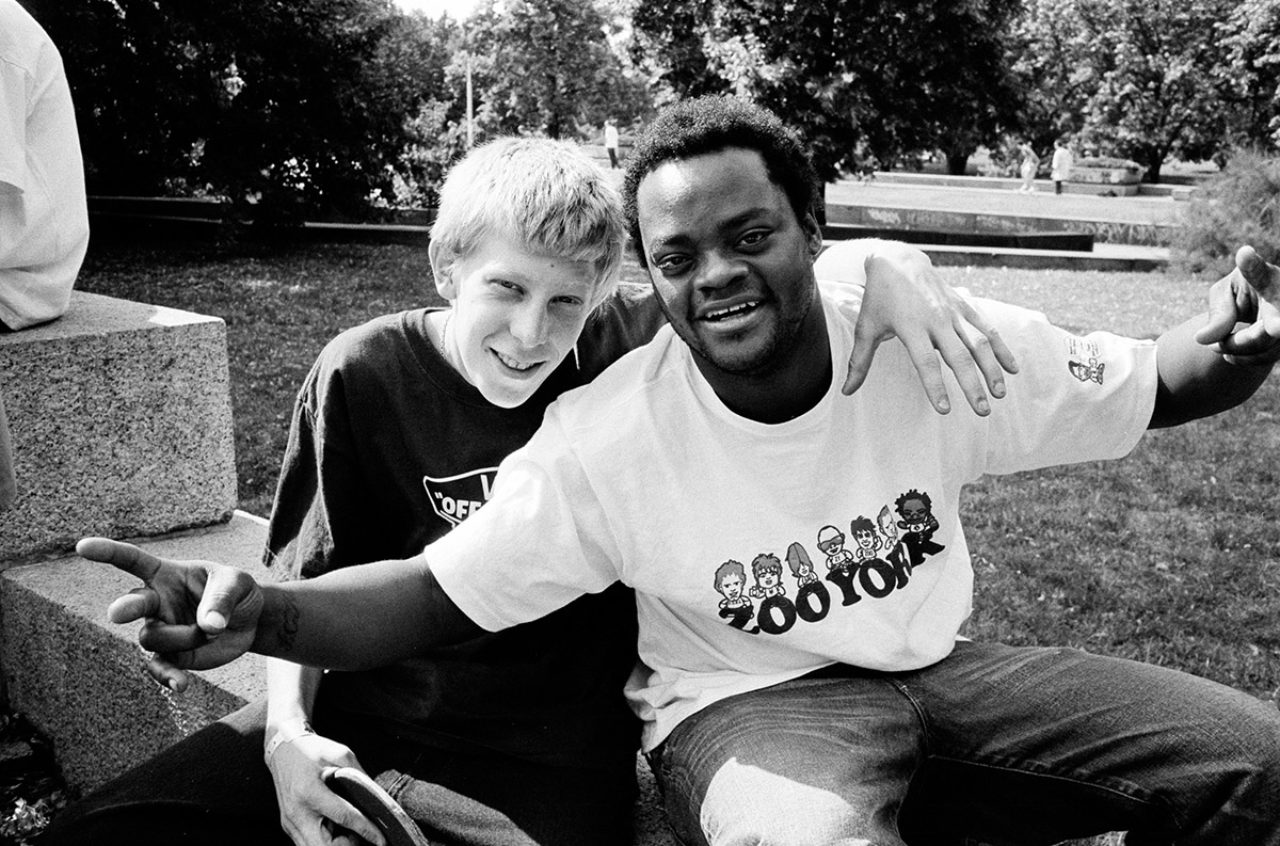 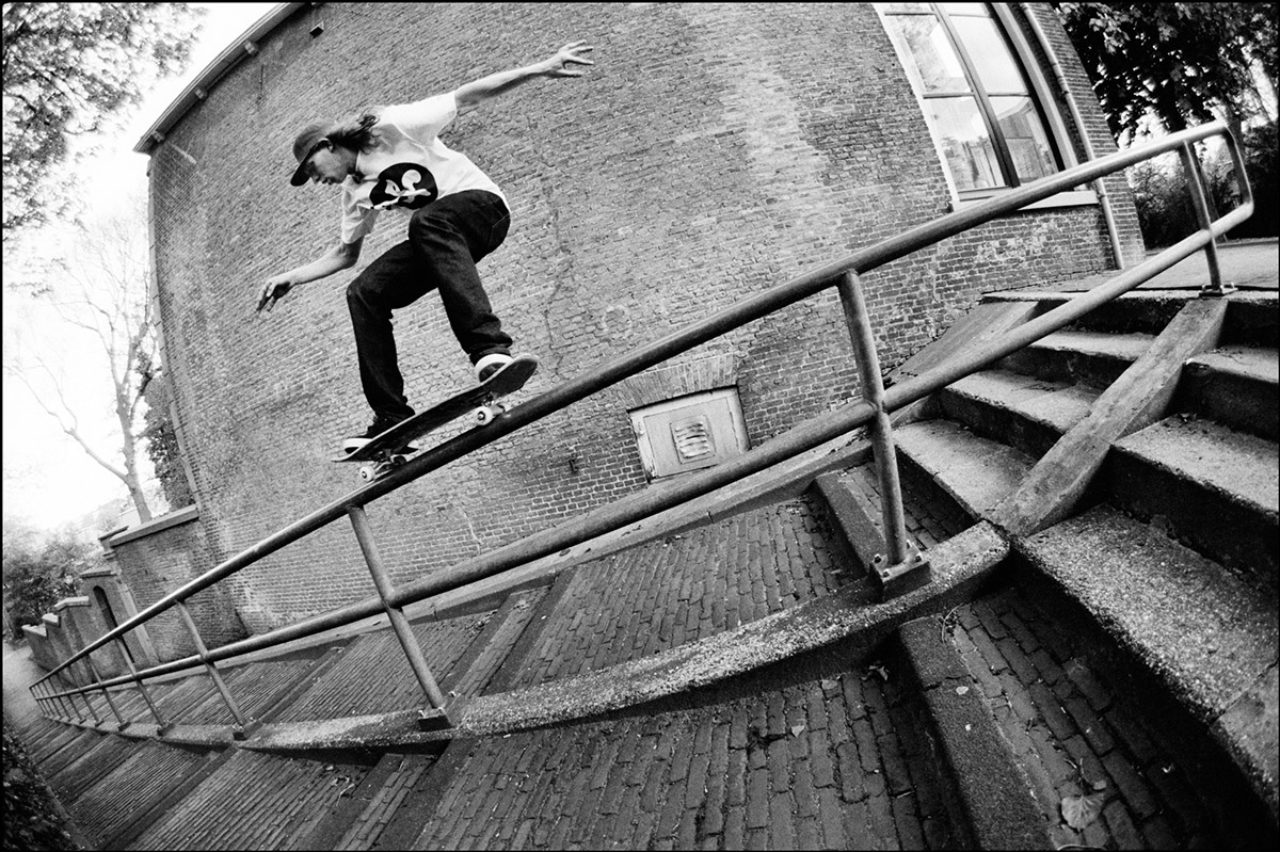 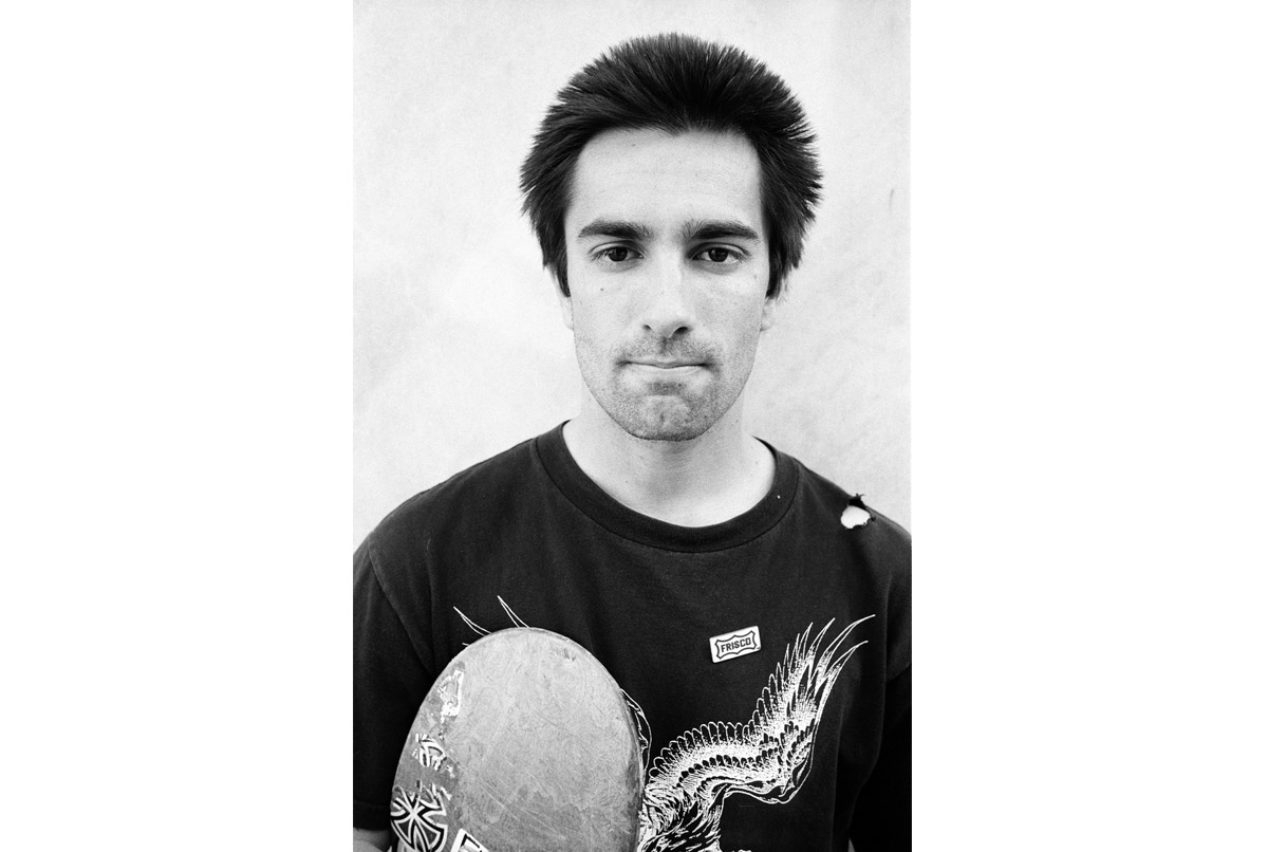 What’s your secret to get those shots?

Like I said before, if you’re one of them, and I don’t mean to be friends, but when you’re on the same level you get away with a lot more I guess. And I do get confronted every now and then and they ask me to erase that photo. But i shoot all the Roll Models stuff with film, so when I tell them I can’t erase it, they get confused and tell me I can’t take another one. Fine with me, I got it already anyway. [laughs] But all jokes aside, I’m not looking to disgrace a person or anything like that. A lot of times I would leave out a persons identity in the photo as it’s not really important who it is, and it might even distract from what’s really important in that shot. I’m focussing more on what happens or what the viewer thinks has happened. For that reason I never really want to explain these photos either, it’s what you think that’s going on. That’s what happened. Or maybe not. I like to keep people wondering what’s going on or what happened before or after a certain photo. Basically I’m just documenting life that happens around me. I do love the edgy stuff that happens at night and skateboarders have a tendency to get themselves in out of the ordinary situations. That definitely helps.

Don’t you sometimes think: "I'm too old for hangin out with a bunch of young weirdos!"

If I would think that, I’d quit and go shoot something else I guess. I don’t feel I need to.

For me black and white just takes away the distraction of colour and strictly focuses on the subject and composition. In a way it’s more timeless I guess. 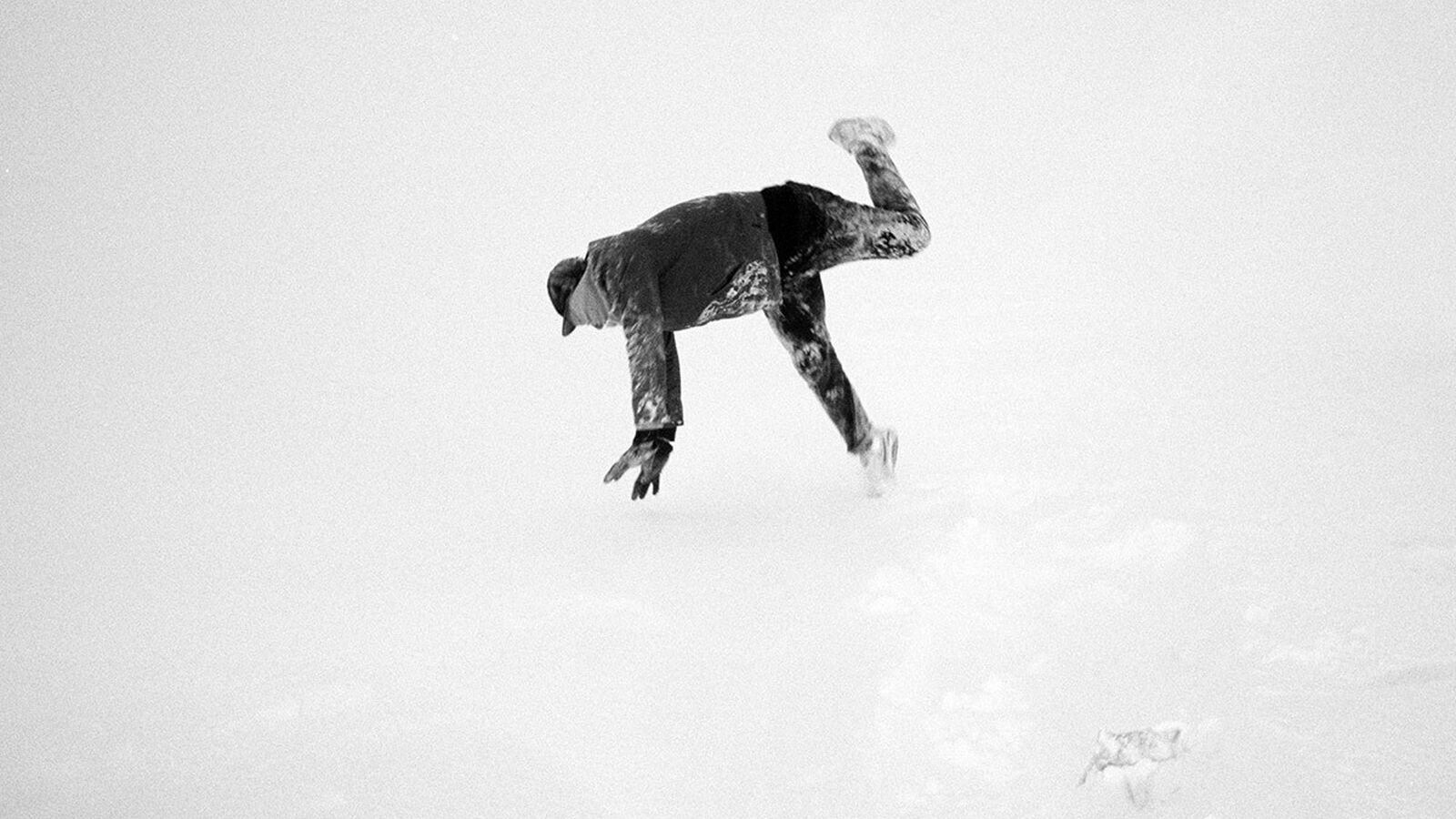 The Fluff book was big. The 1826 book was even bigger. What excites you about such big projects?

The fact that it starts with some crazy idea and months or years later we pull it off and have a copy in our hands. It still amazes me each time that we’re able to finish and issue or project. Every production is insane on so many levels. I thought about quitting Fluff many times during a deadline. And since we change format and paper all the time, we always have to start from scratch, we can never take an easy stroll down a paved road. But I like these challenges as hard as they might be sometimes. When the time comes and you hold the end result in your hands, thats very satisfying. Or it sucks so hard you wanna cry. Luckily that last one hasn’t happened. Yet. Knock on wood.

Are you planning something new?

Expect something new in January next year. That’s all I can say about it.

You also captured the Tour de France 2015. How did that happen and what is your interest in cycling?

There’s someone I know who has been a big fan of my work, at least he says so, and he tells me all the time I should take the way I shoot more outside of skateboarding. And I do every now and then but only when I can still somehow do what I like to do and if the subject is interesting to me. He told me that one of these days he’ll get me a great project. So last year he calls me up asking if I wanted to shoot the Tour De France for team Lotto/Jumbo, full acces and I can shoot what I want. Of course I said yes. I knew nothing about cycling apart from the fact that I am Dutch and there’s an average of three bikes per head of the population here. But since I was going to document mostly behind the scenes stuff, the stuff that you rarely see, I thought that might be an advantage not knowing too much. Especially in that scene which is overcrowded by paparazzi. I just shot everything on my Leica M, and that camera doesn’t look like any of the camera’s the journalists have. So I could be the fly on the wall. I gained much respect for these guys, eating shit at 80km per hour and first thing they do is get back on the bike. I thought skateboarders were tough. It took a few days to get acquainted and for them to get accustomed to the fact that they have a photographer there at all times, but we connected and I would like to think I managed to get some good shots because of that. Still working on the book for this that should come out before this years Tour.

What camera equipment do you use for skateshots and which for snapshots?

I use Canon DSLR’s for most of the skate photos, 2 Leica M’s analogue and digital for some skate pics and life in general, and at night I use a Rollei AFM35 for the Roll Models photos. I’ve always used the same film and camera for those photographs, well I’m on number 9 since they get killed in action every now and then. And a bunch of other cameras that I use every now and then. I take my Yashica T5 out quite a lot as well.

Are you still shooting a lot on film?

Not as much as I would like to. The times are different now and since I mostly work for clients, it’s hard to shoot it all on film. Everything goes real fast these days and the social media canals have to be satisfied on a daily basis. Or they need an ad or portrait quick. That’s hard to do when you’re away for 2 weeks straight, shooting film. I’m not anti digital though, both of the formats have their respective pro’s and cons. I try to use them both to my advantage. Magenta – ten years in business and still running… from the cops.