Talking about the Evisen video

If there’s something coming from Japan, the quality is most likely very good. Especially in terms of skateboard videos, skaters there see it as a craftmanship that you should exert perfectly. Evisen is right around the corner with their first video and if you saw the trailers, we’re pretty sure that you’re as hyped as we are. So when our friend Sergej Vutuc hit us up, asking if we want to do something about the video, we were like: "hell yeah!" and contacted UK-born and now Tokyo-based team rider Laurence Keefe.

I just saw the pictures of the New York premiere on Jenkem. You haven’t been there right?

No, I had a problem. I needed to get a Visa for the States. Kind of sucks but I couldn’t make it happen. But there are a few more premieres around the planet.

Who actually started the Evisen? Who are the guys running it?

Katsumi Minami started it back in 2011. It’s his brand. He’s also got a part in the video. He started it with Kazuhiro Hamaguchi. He’s the art director. First it was owned by another distribution. They distributed Palace and all that stuff in Japan. About a year and a half ago Katsumi took it to his own company. You know Tightbooth? They’re in Osaka. And we’re in Tokyo. But we’re with the same company now, called Kinari. So the Shinpei works for the company as well. Like half the team we’re all working for the company, me too. I do sales and working with the factories and stuff.

We kind of do everything as a team. The warehouse is in Osaka. So we’ve got a shipping guy there. Shinpei does all the clothing for Tightbooth. And then we’ve got this shop SHRED in Osaka. In Tokyo it’s just Katsumi, Kazuhiro and me. So we’ve kind of the work load for both brands. You know they’re designing Tightbooth in Osaka and we’re making Evisen in Tokyo. But we try to do everything together.

"It’s like an addiction to skateboarding. If you start eating you can’t stop."

And is Shinpei the main man behind the video?

It’s Katsumi. He’s kind of director and he came up with the idea for the video. But Shinpei helps him a lot with editing as well. They kind of did it together.

The trailers and they looked really sick like most of the videos from Japan. What can we expect from the video?

It’s like a classic skate video. It’s pretty simple. Just parts. Most of the guys spending the last years bringing it together. So I guess it’s kind of an old style of filming videos. Compared to these days – it’s all about Instagram. And it’s also on VX with a just a short intro to each part. And it’s kind of like a Evisen city. There are just a few little shots of everyone skating down the street and all the signs turn into a Evisen ads. We’ve got a friend that works for like motion graphics films and stuff. So he kind of helped us out with that.

It already looked amazing. Is Takahiro Morita still a big inspiration for the Japanese scene or for video productions like this?

Yeah of course. He’s kind of godfather for Japanese skateboarding. Everybody looks up to him. He’s still around. Still making videos and these things.

How is Evisen doing in Asia? Is it a big brand?

In Japan: Yes. And we do pretty well in Taiwan. We’ve got a distribution that is owned by Japanese guys there. We’ve just started with Theories of Atlantis in the states. And starting with things in Europe. In Belgium we’ve got Jean Jaques. They were some of the first guys in Europe who took this on. Selling to a few stores in the UK right now but yeah – we try to bring it a little bit abroad.

I would love to see more Evisen stuff over here cause it looks dope. The board graphics especially are pretty different to the common western board graphics. What’s the idea behind the art direction?

I think it’s one of the first skateboard related brands which have Japanese graphics. And I think at the time when they started it, they were kind of worried about just doing Japanese graphics. It’s probably the same in Europe back in the days, when the brands just copied what everyone did in the states. And now like a lot of our brands doing it, we like using traditional Japanese imagery and stuff. But at the time it was kind of new.

Is there something else planned after the video?

Yeah. Kazuhiro is always trying to do something new or something a little bit different. He does a lot of collages now. Mixing really old imagery with new imagery. Or Japanese things with things from abroad. He’s just coming up with new ideas all the time.

How did you actually got in contact with Evisen?

I’ve known Katsumi for a while because I’ve been living here in Japan for six years now. And we became friends. Like most of the guys on the team. He asked me if I wanted to do a guest board and it kind of went from then… made the graphic… then he was starting to do his own company with the distribution. Then he asked me if I wanted to work for them. And by this point I was on the team and the guest board wasn’t a guest board anymore. We ended up filming a part. I am stoked to ride for a Japanese brand. If I was gonna do that, it could be only Evisen. Because they are the ones who are really doing it!

So you’re still living in Tokyo?

Yes. It’s been about six years now and I just started working for Adidas as well, as a TM. So that’s kind of fixed for the next years for sure, cause everything just getting really started with Evisen. 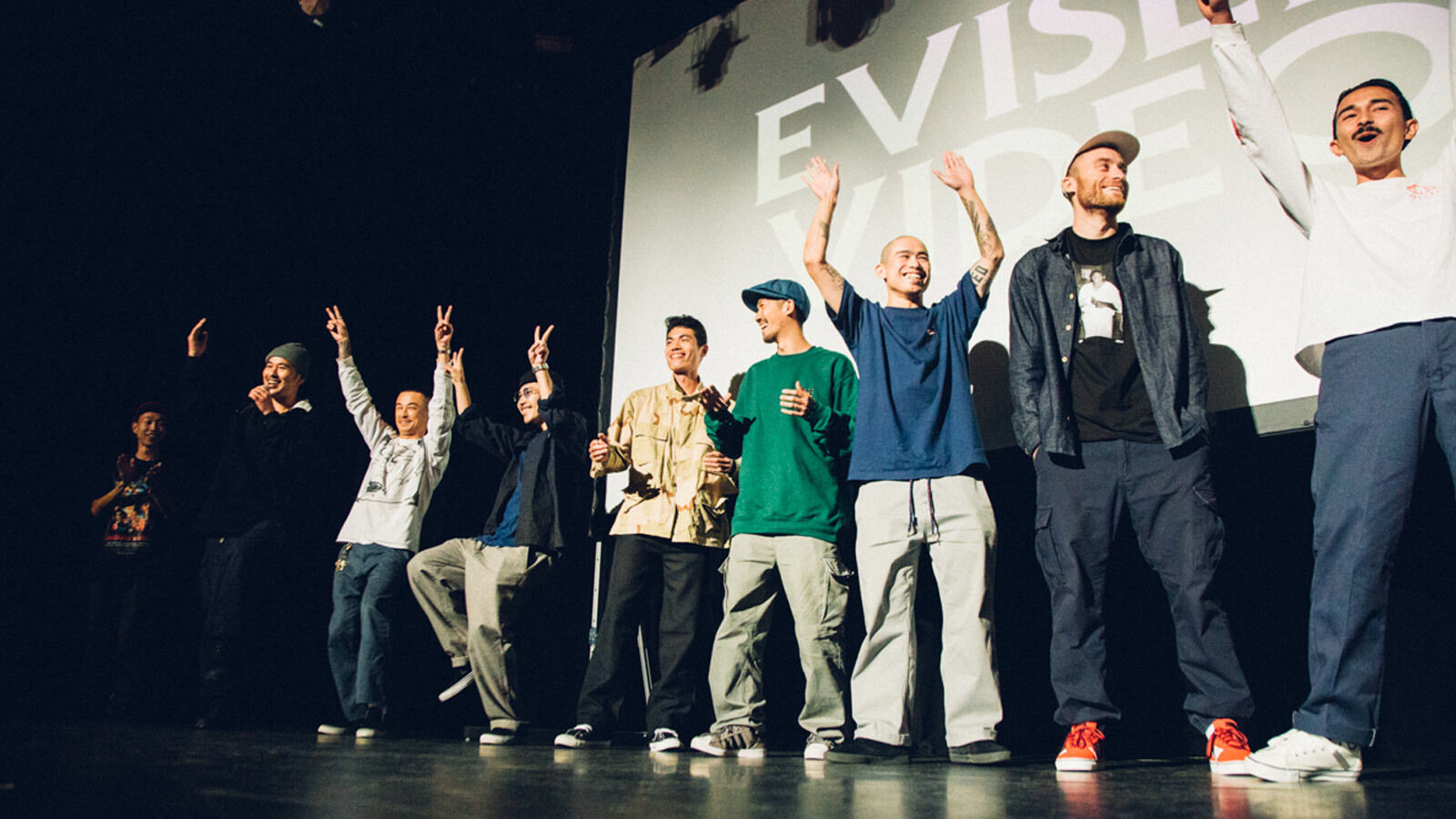 Everybody involved in the company also has a part in the video, right?

Not everybody, but most of the guys on the team have a part. You know there’s a guy who does the shipping – he’s a skater as well but he’s not really sponsored or something. The store manager as well – he’s a skater too, but has no sponsorship. It’s kind of crazy sometimes because it takes really a lot of work to make a company happen in Japan I guess. So we’re working as crazy at day and then filming in the night. That’s a lot for everybody. But everybody does it because they really love it.

Isn’t it easier anyway to skate at night in Japan cause in the day it’s a bust?

It is easier at night but it is not easy at night. It’s really a bust everywhere. Maybe if you skate at midnight you have 15 minutes instead of five. But you still get kicked out of everywhere. It’s hard to film in Tokyo at least. I think Osaka is a lot easier. Or other cities. But filming a video part in Tokyo is pretty much hell.

And the video was mainly filmed in Tokyo?

Tokyo and Osaka mainly. And on a few trips around Japan. And one trip to Taiwan, one trip to Korea, one trip to New York. But yeah – mostly in Japan.

What does Evisen actually mean?

That’s a hard one to explain. It comes from the English word „everything“. It’s like a prawn cracker. Like a cracker made from rice. And there’s a famous brand, they have a slogan and it’s like: „Pringles – once you pop, you can’t stop.“ It’s like an addiction to skateboarding. If you start eating you can’t stop. That’s how it was explained to me anyway. That’s kind of where it comes from. 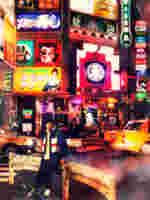 After Katsumi Minami founded Evisen in 2011 it got without a doubt the most renowned Japanese skateboard brand.