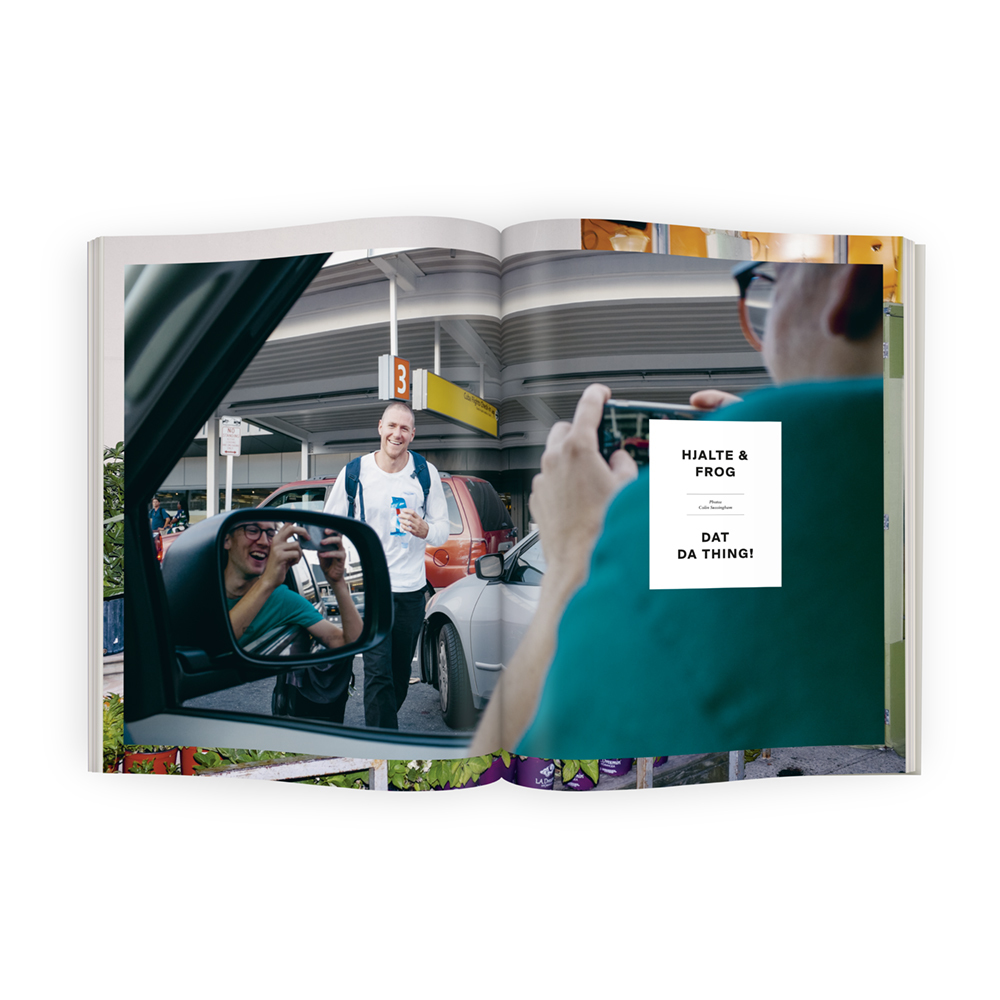 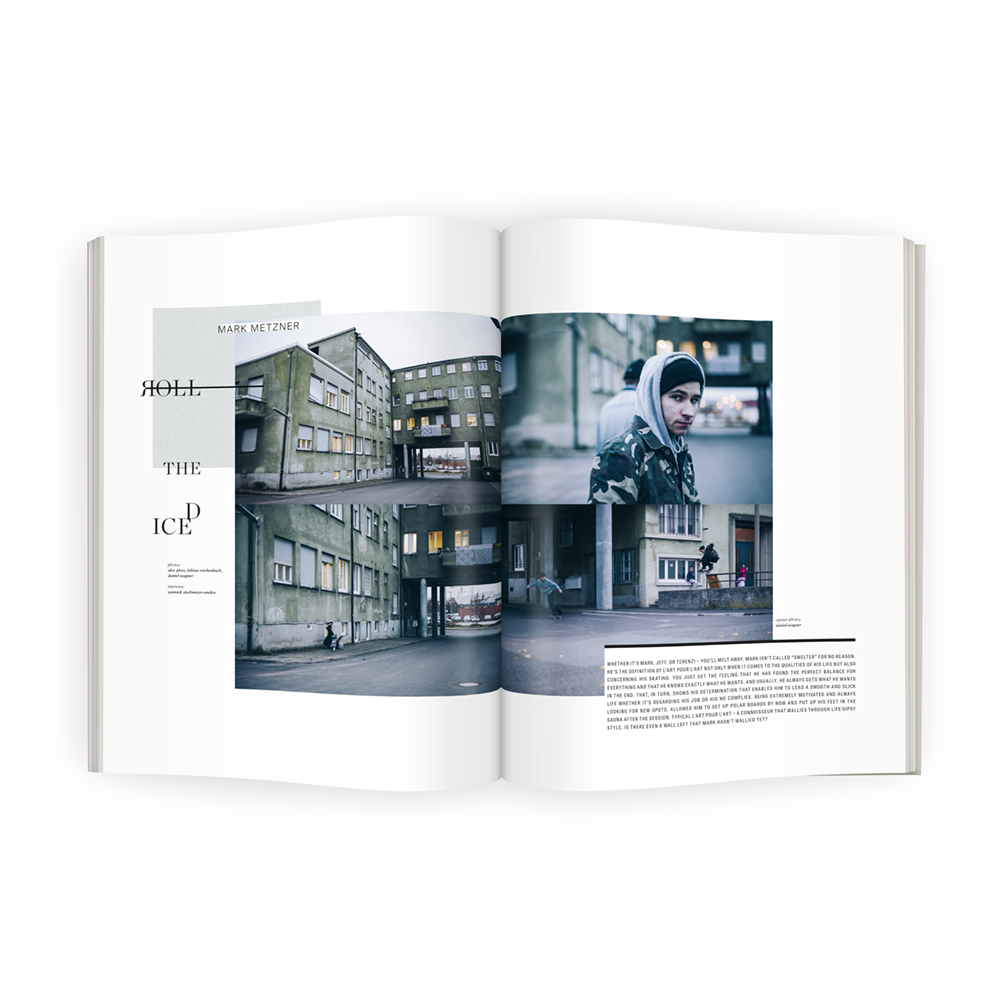 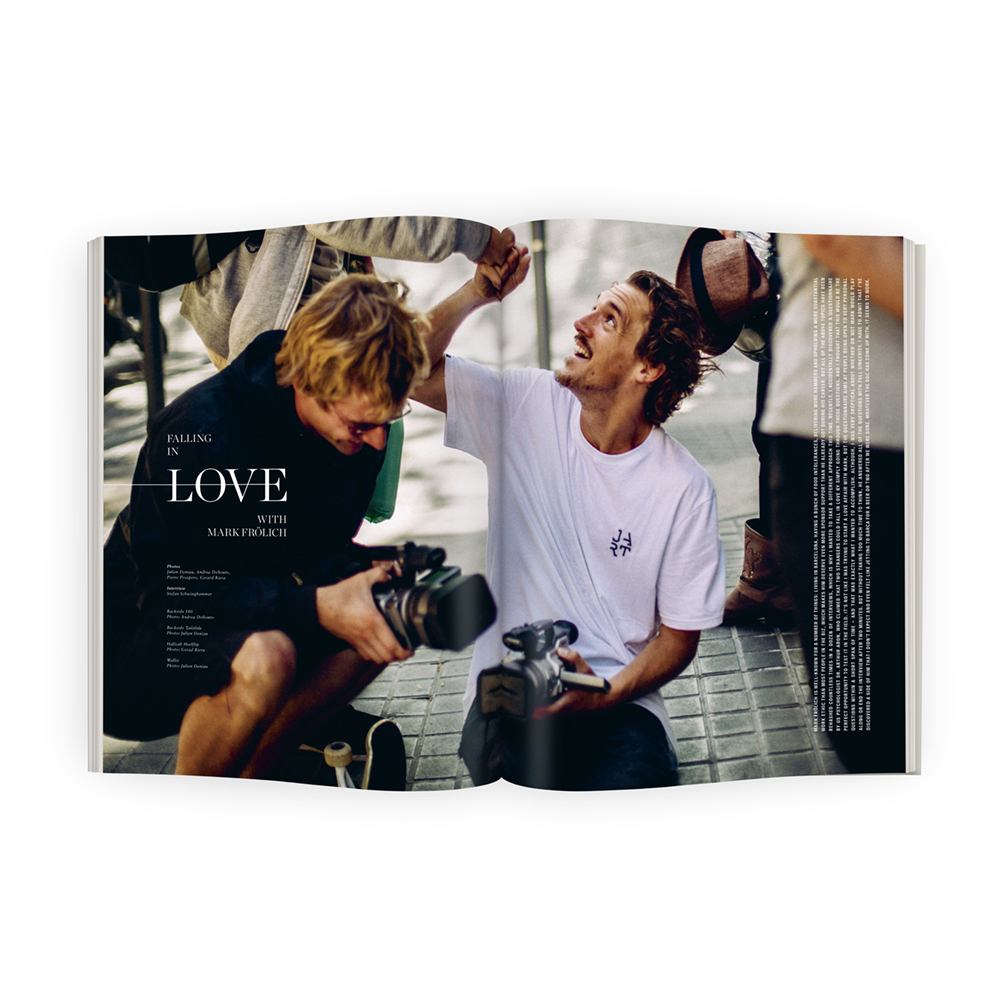 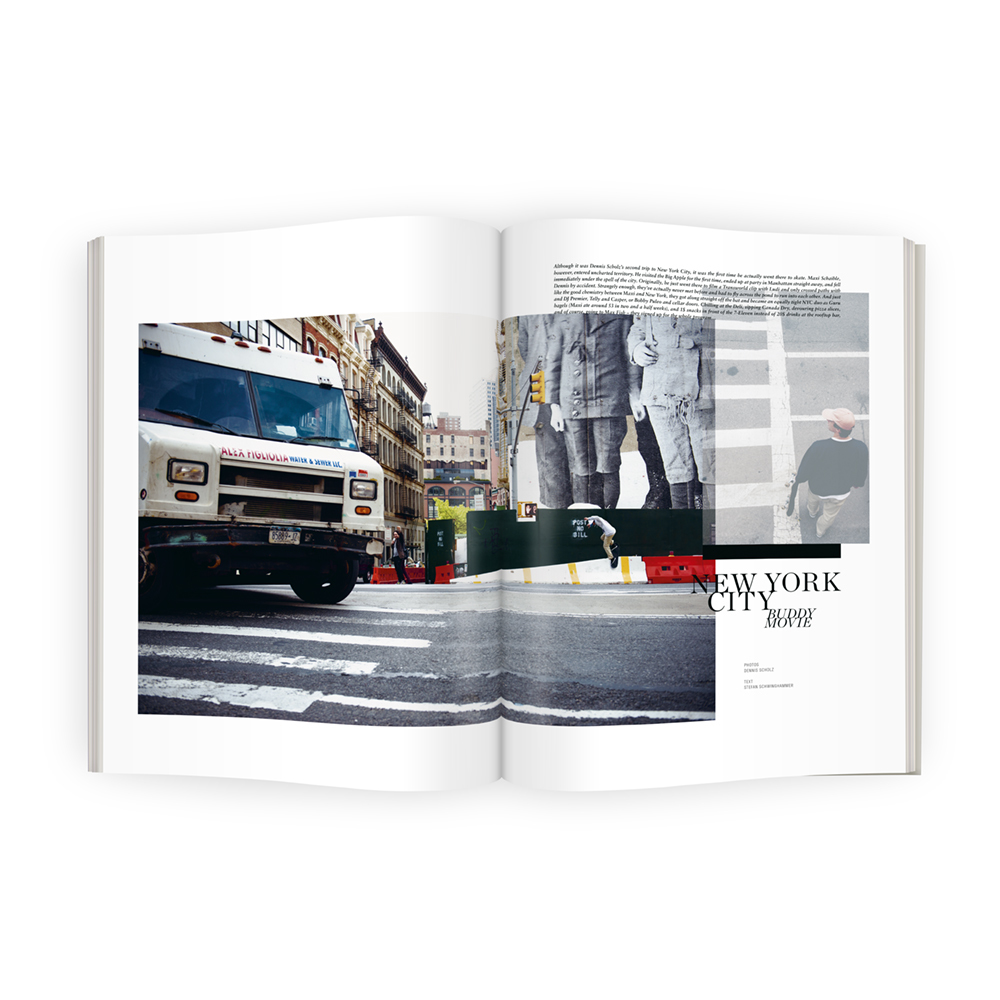 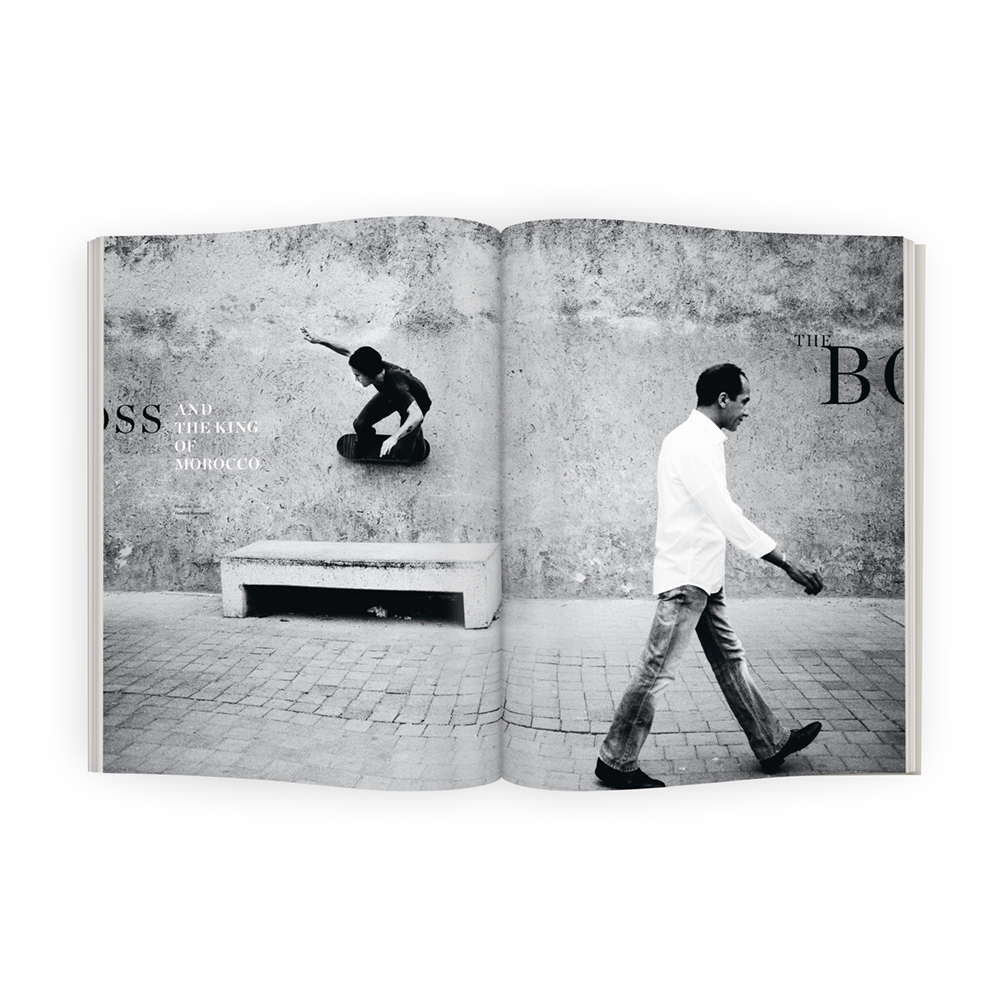 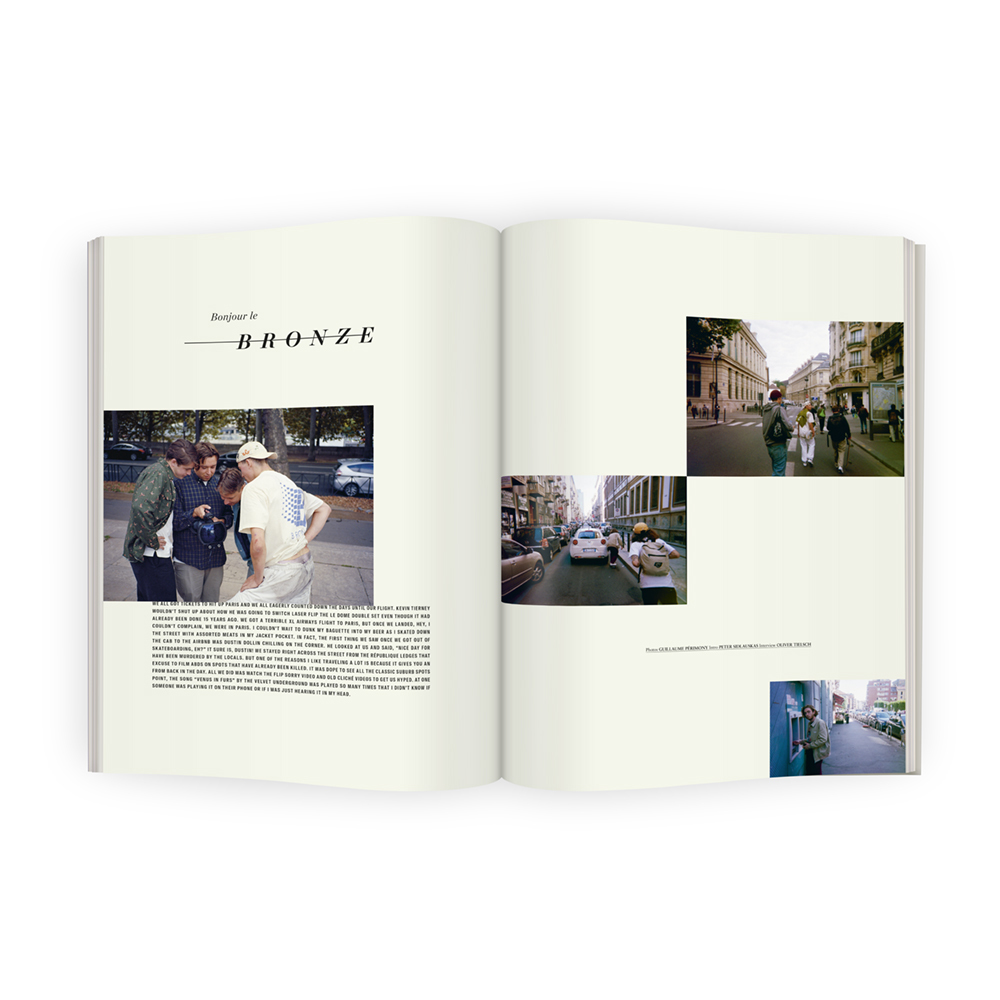 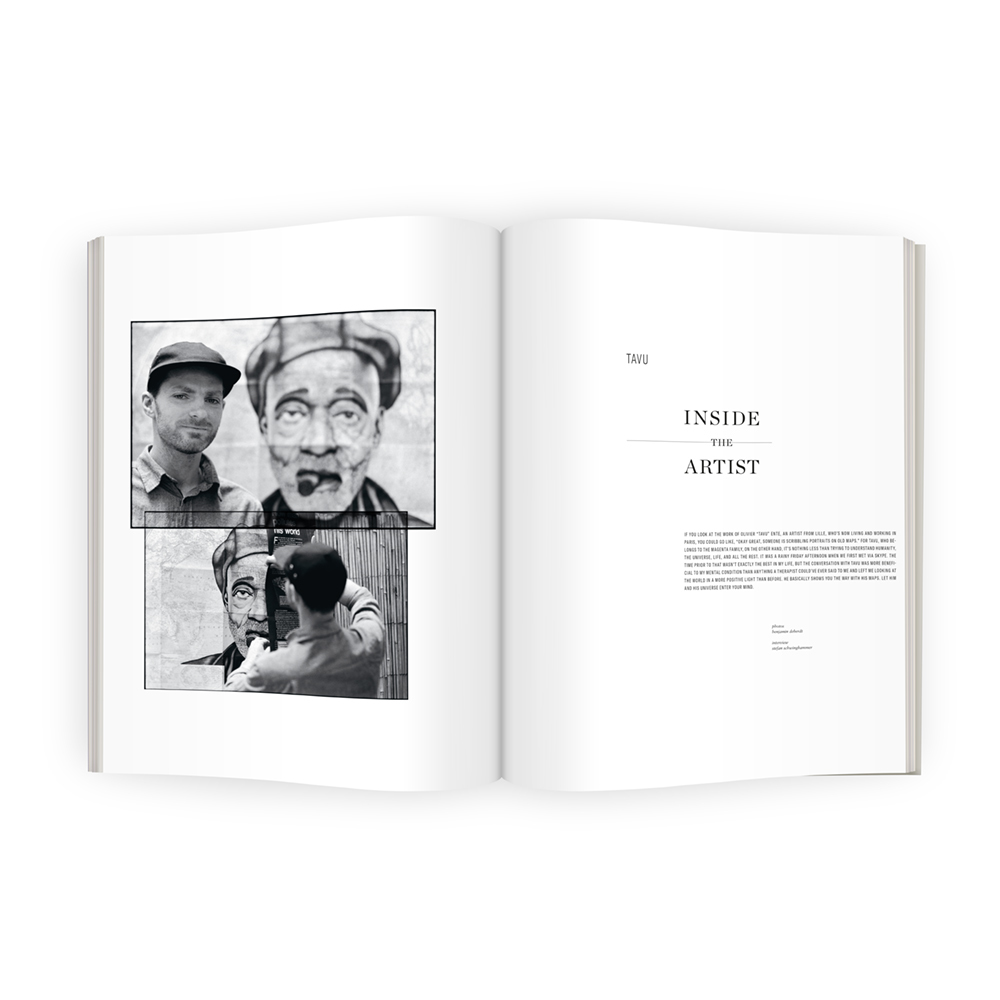 “The best of both worlds” might be the best way to describe the people involved in this one. On the one hand, there is the Frog Skateboards crew around Microsoft Paint guru and skate maniac Chris Milic and his homie Jesse Alba, carrying one of the most renowned last names in the skateboard world. And on the other hand, there is one of Europe’s most traveled and well-connected powerhouses, going by the name of Hjalte Halberg of Polar fame. After being melted into a crew for a couple of weeks, the outcome is not only a guest board for Hjalte but endless good times, empty beer bottles, and digital photos on Colin Sussingham’s memory card that are to be enjoyed on the following pages. 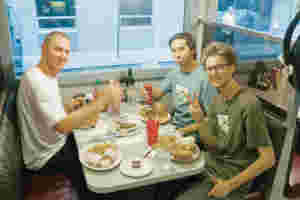 Whether it’s Mark, Jeff, or Terenzi – you’ll melt away. Mark isn’t called “smelter” for no reason. He’s the definition of l’art pour l’art not only when it comes to the qualities of his life but also concerning his skating. You just get the feeling that he has found the perfect balance for everything and that he knows exactly what he wants. And usually, he always gets what he wants in the end. That, in turn, shows his determination that enables him to lead a smooth and slick life whether it’s regarding his job or his no complies. Being extremely motivated and always looking for new spots, allowed him to set up Polar boards by now and put up his feet in the sauna after the session. Typical l’art pour l’art – a connoisseur that wallies through life gipsy style. Is there even a wall left that Mark hasn’t wallied yet? 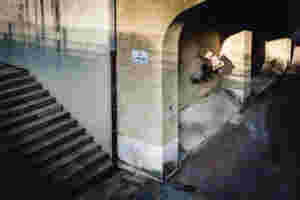 Although it was Dennis Scholz’s second trip to New York City, it was the first time he actually went there to skate. Maxi Schaible, however, entered uncharted territory. He visited the Big Apple for the first time, ended up at party in Manhattan straight away, and fell immediately under the spell of the city. Originally, he just went there to film a Transworld clip with Ludi and only crossed paths with Dennis by accident. Strangely enough, they’ve actually never met before and had to fly across the pond to run into each other. And just like the good chemistry between Maxi and New York, they got along straight off the bat and became an equally tight NYC duo as Guru and DJ Premier, Telly and Casper, or Bobby Puleo and cellar doors. Chilling at the Deli, sipping Canada Dry, devouring pizza slices, bagels (Maxi ate around 53 in two and a half weeks), and 1$ snacks in front of the 7-Eleven instead of 20$ drinks at the rooftop bar, and of course, going to Max Fish – they signed up for the whole program. To top it off, new images of the Brooklyn Banks appeared on Instagram a week prior to their departure. So they also got to have a session at this legendary spot. What more can you ask for? They had some glorious days ahead of them, and Dennis documented everything – even though he only used the bare minimum of his equipment. No flashes, no tripods, just a camera and two lenses to be as mobile as possible. You don’t really want to carry a 25kg backpack while pushing through the street canyons of New York. And they didn’t actually go there to get great shots, they only wanted to skate. Everything you see on these pages basically happened purely accidental. Most of the time, the duo discovered something to skate while they were on the way to the actual spot. Maxi came up with a trick and Dennis saw an interesting perspective – and then they were already done. It can be that easy. Being on the streets all day long, always discovering new terrain, meeting new friends, and spending time with them is all that’s necessary to have a good time on your skateboard. And the two of them did a great job at capturing that spirit in these pictures. 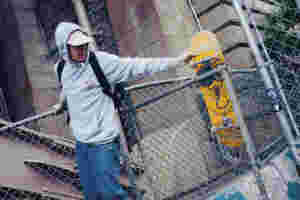 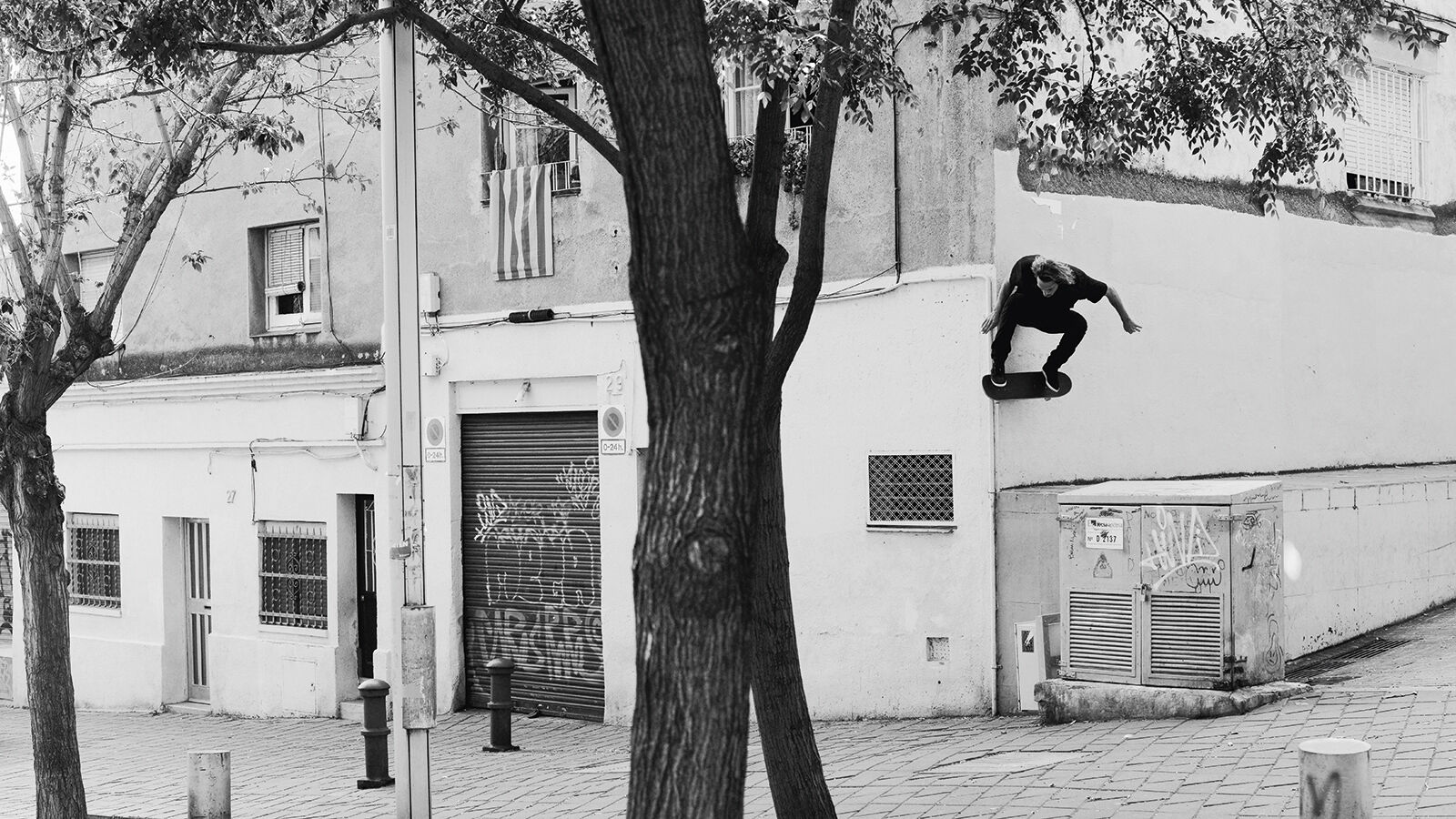 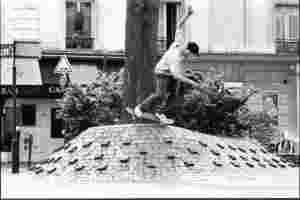 We all got tickets to hit up Paris and we all eagerly counted down the days until our flight. Kevin Tierney wouldn’t shut up about how he was going to switch laser flip the Le Dome double set even though it had already been done 15 years ago. We got a terrible XL Airways flight to Paris, but once we landed, hey, I couldn’t complain, we were in Paris. I couldn’t wait to dunk my baguette into my beer as I skated down the street with assorted meats in my jacket pocket. In fact, the first thing we saw once we got out of the cab to the Airbnb was Dustin Dollin chilling on the corner. He looked at us and said, “Nice day for skateboarding, eh?” It sure is, Dustin! We stayed right across the street from the République ledges that have been murdered by the locals. But one of the reasons I like traveling a lot is because it gives you an excuse to film ABDs on spots that have already been killed. It was dope to see all the classic suburb spots from back in the day. All we did was watch the Flip Sorry video and old Cliché videos to get us hyped. At one point, the song “Venus in Furs” by the Velvet Underground was played so many times that I didn’t know if someone was playing it on their phone or if I was just hearing it in my head. 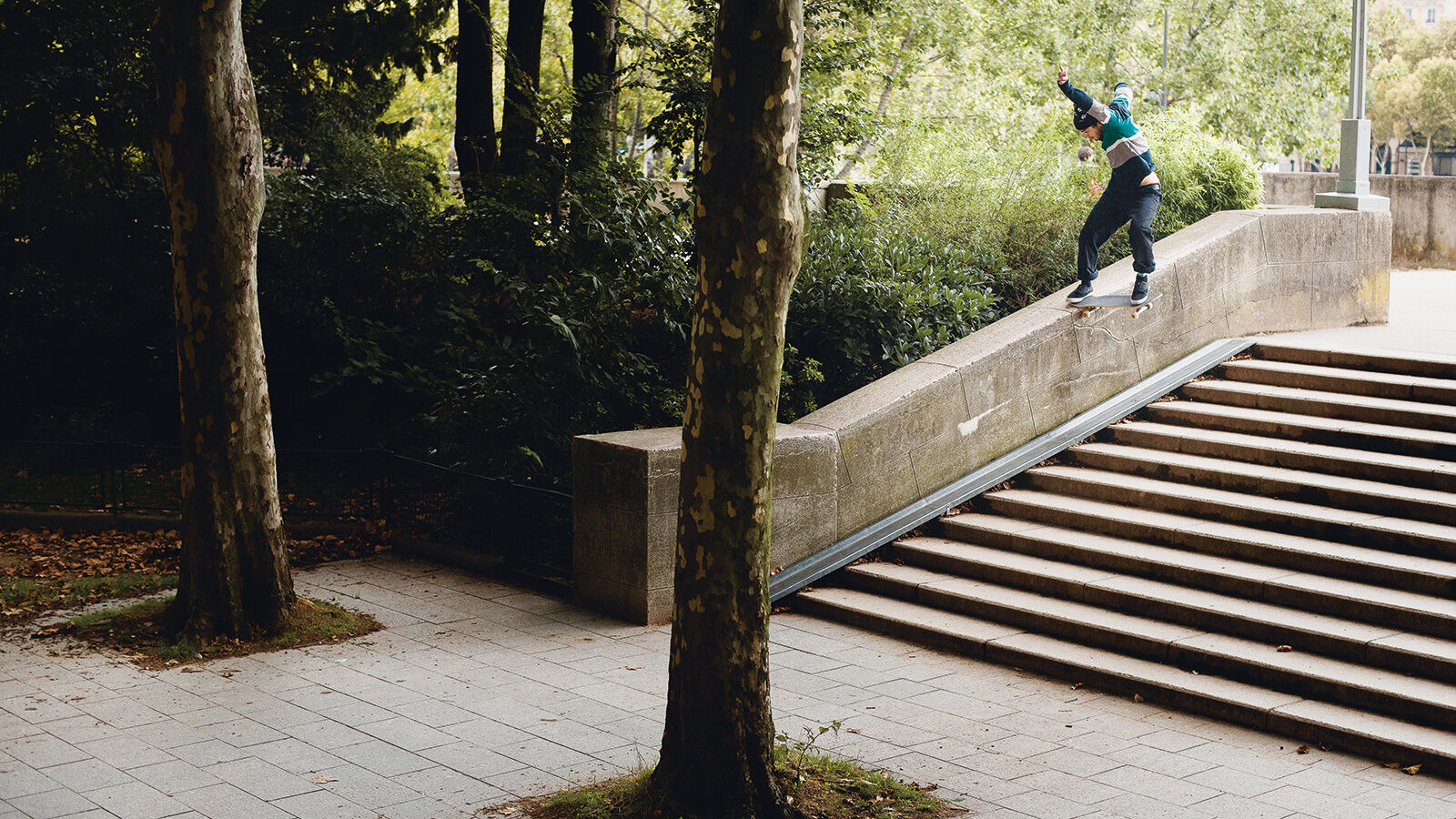 The boss and the king of Morocco

I’ve first been to Morocco on a tour in 2013. But I have already met Austin Stephens, the RVCA team manager, on a previous trip. I thought that Morocco would make a great destination for the team and when we got back from the tour, I reached out and offered him to help with planning the trip in case that he ever wanted to visit this country in the north of Africa. After that, nothing happened for four years till he recently texted me out of nowhere. He said that I told him about Morocco a while ago and that they were actually doing a trip there in a bit and asked if I’d want to join them. Let me put it this way: nobody would turn down the chance to go traveling with Andrew Reynolds. 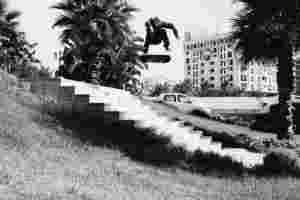 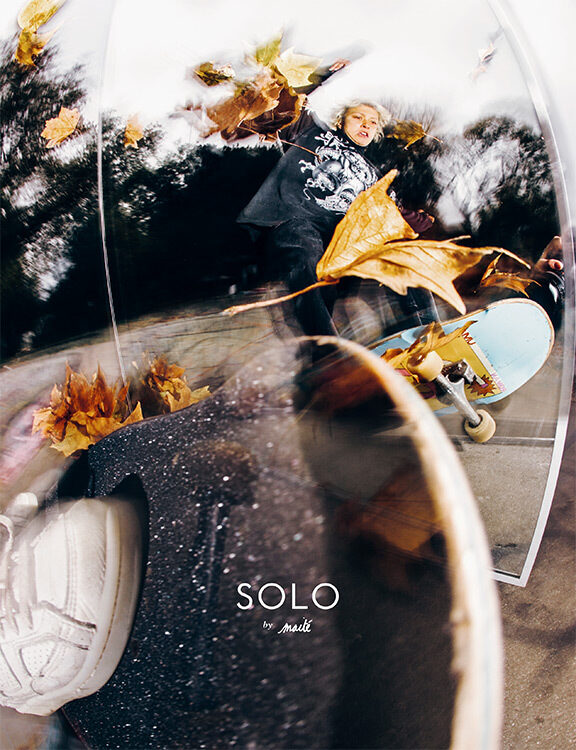 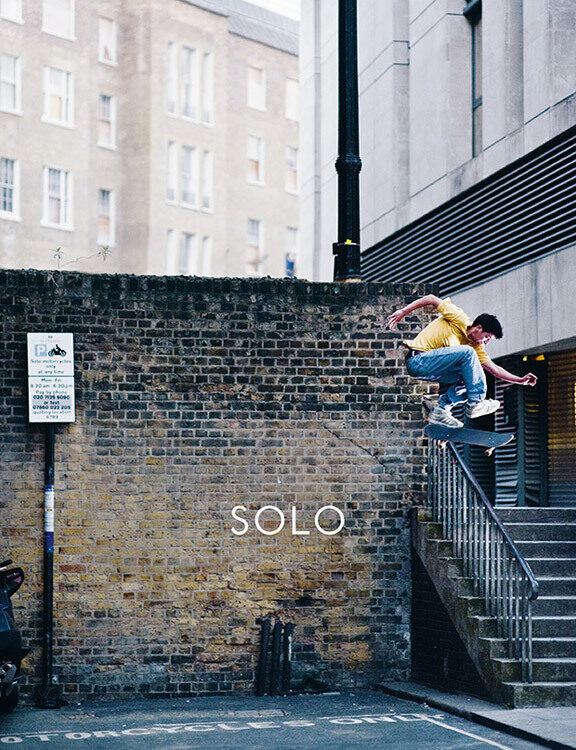 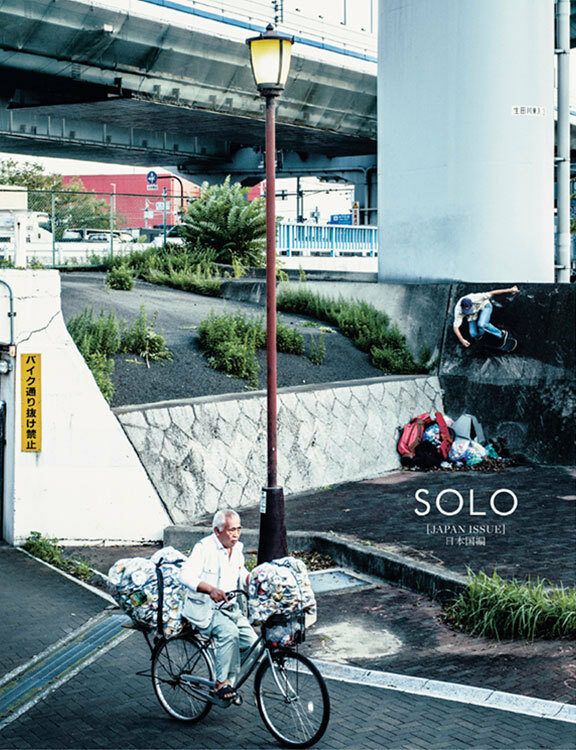