A lot of stuff has already been said about Bobby Puleo and it often goes like, “Could have, should have, would have”. But let’s keep it plain and simple here. Bobby is a skater to the core, he has strong beliefs and opinions and would never sheer off from them. His style of skating is unique and for sure he’s one of the most interesting personalities in skateboarding. For our guest editor issue Pontus Alv wanted to know what’s up nowadays with his Mad Circle teammate from back in the ’90s and sent a mail to New York to see if Bobby answers.

How much do you skate nowadays?

I skate about four to five days of the week.

I heard you skate in Nikes but cut off the Swoosh with a razorblade. Why?

Because I don’t want to support or advertise Nike being in skateboarding.

What job do you do for a living?

I work as a courier.

Are you still playing records in bars? What kind of music are you playing?

I don’t. Unfortunately, that ended. That was easy money. I would start my night off with some late ’50s/early to mid ’60s electric blues, sprinkle some early boogie-woogie/rock and roll stuff, move into some rhythm and blues, some classic soul, and then sometimes would end with a punk/post punk/classic rock/new wave thing. It was fun.

Do you consider a comeback into the skateboard business?

Did you ever regret having a career in skateboarding?

You are known for finding your own spots. What’s your strategy?

What’s the thing about cellar doors?

It’s just what’s here. SF has hills, L.A. has schoolyards, NY has doors. I’m very utilitarian when it comes to my skateboarding. I like seeing spots where you can go from point A to B using the things the environment has provided for you. So the doors were very attractive to me as a youth. I also grew up in a time period where basically “street skating” was mimicking vert skating. So my eye and brain is trained to identify “transition”. Just so happens, in Jersey and NY, the environment has these doors on the sidewalk, that make for nice “vert” skating. 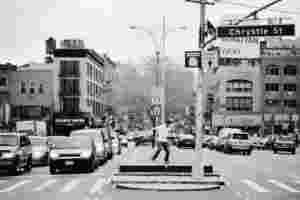 Of course. Everywhere will have unknown spots. Thing about NY is that it changes rapidly, so shit will pop up, disappear, and maybe even pop up again. There’s always new spots. And unknown spots. Like I said, it’s just about traversing your environment. Sometimes time and time again.

If you skated a spot first, you see it as yours. What if somebody else skates that spot?

It’s still mine. Ha. Nah, I don’t know, I mean doesn’t that make sense? You skate something first, it’s yours. I mean it’s not like you own it, but it’s yours.

I heard you have a lot of rules about spots and filming. Can you explain them?

I don’t have a lot of rules, but there are rules. Rule number one: Don’t be a dog. Have respect. Don’t blow shit out. Don’t do shit other people have done well on a spot. Clean up after yourself. Don’t leave a mess.

You’re fascinated by graffiti as well. Is this code of honor influenced by graffiti? Not crossing others tags and stuff.

Of course. I mean it’s just a NY/Jersey thing. You know? It goes beyond graffiti culture. Just don’t be a dog. 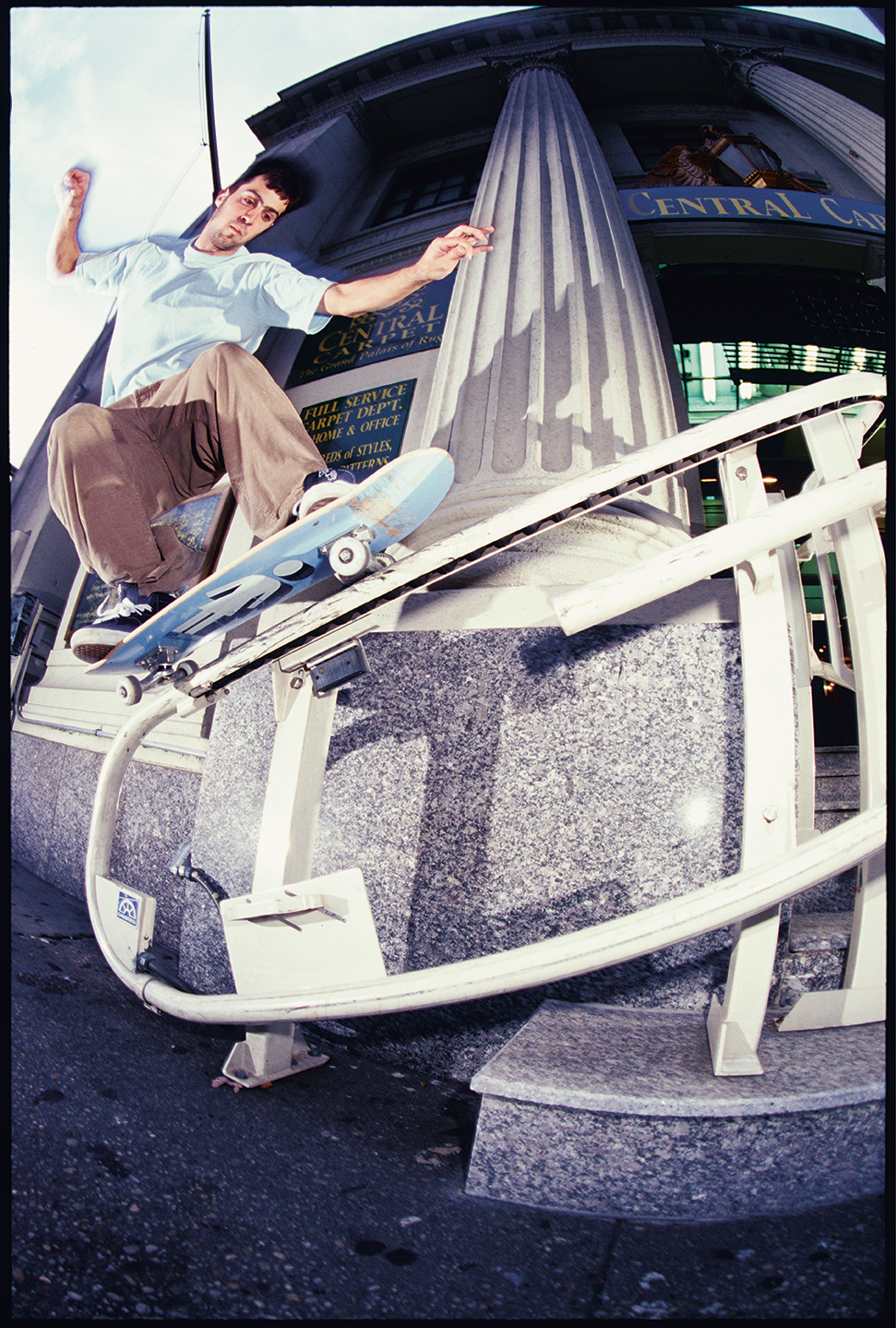 Could you tell me some good Revs graffiti stories? Why is he the king?

I don’t know any Revs stories. Just look at his graffiti. It all tells a story.

Are you still serious about the Vivien Feil death threat?

I never had a Vivien Feil death threat. I was just pissed his dumb ass used my footage without asking me. Is that not understandable?

Do you watch recent skate clips and what skating/skaters do you like nowadays?

What do you think about skateboarding nowadays? The new generation of brands, crews etc.?

I don’t really think about it, to be honest.

I like Girl/Chocolate, Santa Monica Airlines, and World. Old Stereo.

You rode for a lot of brands. What were the reasons to quit them?

You quit them cause you have to. The only brand I got ever got kicked off was Stereo. The story I heard was that Ethan [Fowler] didn’t like me. Don’t know if it’s true. Never bothered to find out. Ask Dune [Chris Pastras, Ed. Note] or Ethan.

Did you save all your pro models and other skate related memories throughout the years? 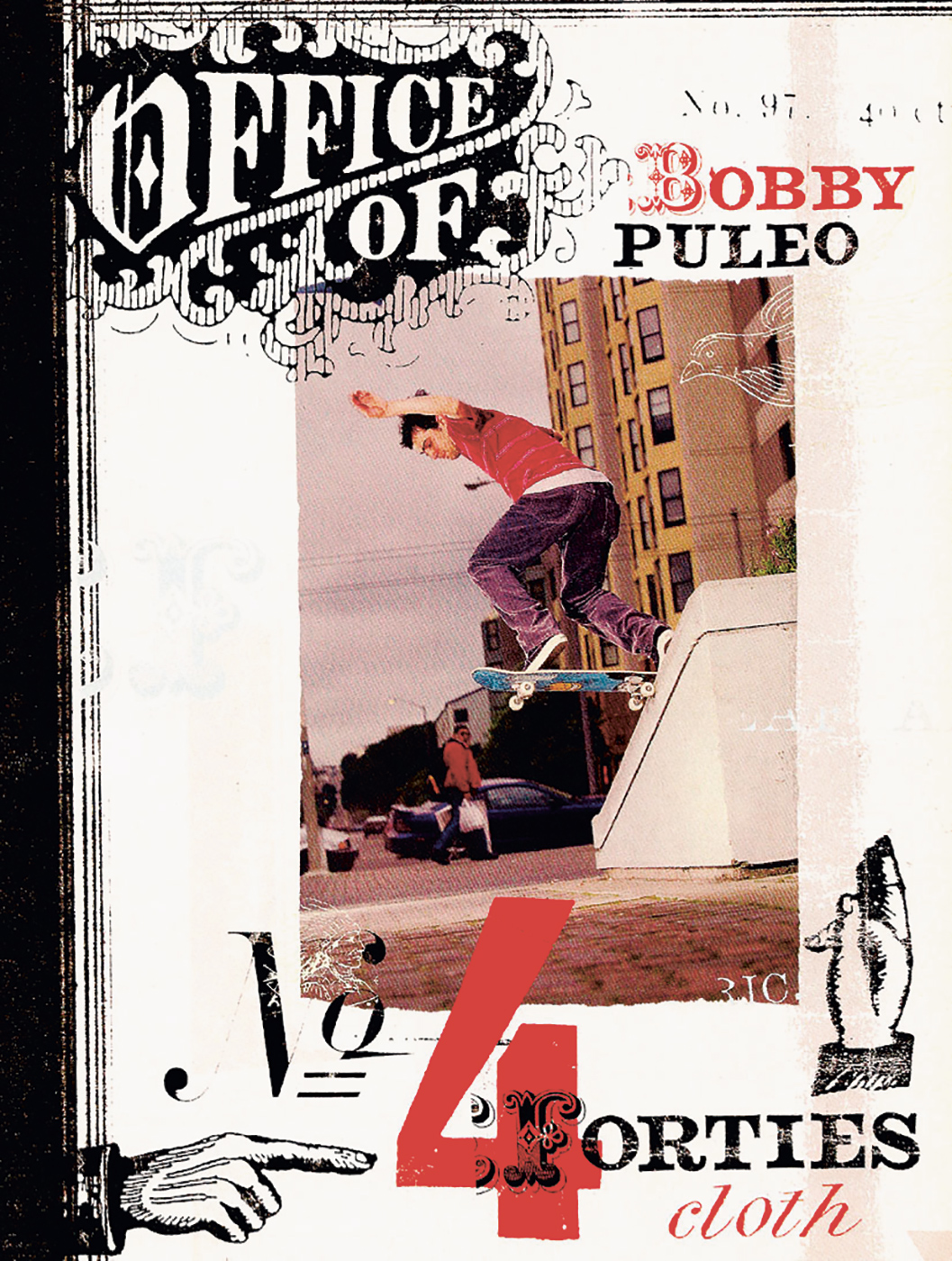 What are your best Mad Circle memories?

Do you hang with any of the new crews in NYC and what do you think of them?

I tend to skate by myself.

Out of all your video parts you have released over the years, which ones is your personal favorite?

Probably the last part I put out only because it was the only part that I had full control over. I also put it out on the web anonymously, didn’t put any names on it, and told a few people about it and watched it kind of spread via word of mouth. That was fun. It was also basically stuff filmed in the five boroughs, Jersey, and Long Island. There’s one trick from Baltimore.

What’s up with Victim? What are you planning?

"I’m not into conspiracy theories, I’m into how things get done."

Koston and Mariano just started Numbers. You also have a fascination for numbers and their meaning in popular culture. Can you describe it a bit?

Sure. Well for one, there’s an old saying, “Math is God”. Meaning math is found in nature, i.e., the Fibonacci sequence/golden ratio etc. Secondly, Gematria is a very old practice. It’s the system of assigning a numeric value to a letter or group of letters. I think numbers and letters share a similar origin. But it’s really only recently that I’ve come to witness some of the more striking aspects of the particular brand of worship of numbers that really fascinates me. It’s kind of a superstition of sorts. Not necessarily with me per se, but of particular groups of folks that practice what I believe are energy-based rituals based around certain numbers.

How do you feel about NYC becoming the destination spot for skateboarding over the past years when, for a while, you kind of had the city for yourself?

At first it kind of bothered me. Now I don’t really give a shit.

I know that you’re a lot into conspiracy theories. Do you talk about that stuff with Josh Stewart?

I’m not into conspiracy theories, I’m into how things get done. I’m into the process of how the mind either understands something or how it gets tricked into “understanding” something. 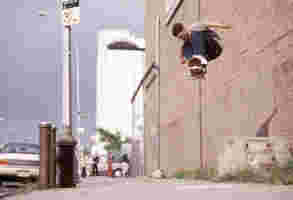 Well for one, I think it was a classical case of what one would call “trauma-based mind control”. I also think it was a classic “false-flag” event. It has all the earmarks of a false-flag attack. Thirdly, I don’t believe “planes” were used. I know that’s gonna sound a bit weird to some folks cause they’ll say: “Well, I saw planes with my own eyes,” or “I saw planes on TV.” Civilian tracking and military radar picked up two slightly different “flight” paths for the second strike on the South Tower on 9/11. Both paths about a thousand or so feet apart. It’s my personal belief, based on the work of Richard D. Hall and Prof. James Fetzer, amongst plenty other great researchers, that essentially a drone was used to project a hologram of a plane striking the South Tower. I also believe that the “corporate media” provided what would be dubbed “video fakery” to aid and abet the execution of the “South Tower Strike”. Because let’s be frank, that is the only one that was broadcast “live” on TV that day.

What other things should the public know?

That things ain’t always what they seem.

What do you think about the recent (political) situation in America?

I think that there is a one-party system in this world and that one party is engaged in a massive global PSYOP to remain in control. It’s absolutely necessary if you approach it from their perspective. It’s essentially what would be termed a “divide and conquer/rule strategy”, and/or a “strategy of tension”. “Politics” is simply dramatic TV. A pacifier. It’s not that difficult to pull off if you control a.) currency, and b.) “media”.

Who did you vote for?

I don’t vote. I don’t believe in the voting system. The board is not elected. Voting is smoke and mirrors. Like Morrissey said: “Every time you vote, you support the system.” I don’t support the system. Well, not by voting at least.

I heard Justin Girard now works in the Silicon Valley. Do you still have contact and if yes, what do you guys talk about?

We talk mostly about what things are influencing society.

What’s going on with your artwork? Do you still collect stuff and make art out of it and do you plan an exhibition or something?

Every day there’s an exhibition in my head.

Don Brown opens the treasure chest in the office to dig out some classic shoe designs and the stories that come along with them.

Rick McCrank joined! You should, too!